Close
Did you know?
Monkey Music Ltd has outlets available across the UK 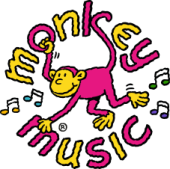