Close
Did you know?
Razzamataz Theatre Schools has an expected revenue of Circa £50,000 after 2 years! 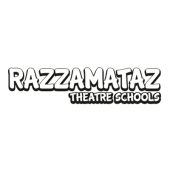 For James Pennell and Esmé Tutill, owning a theatre school has always been the dream, so when the opportunity presented itself, they were quick to react. read more

“If you are buying into a brand, it must align with your own beliefs”

Matty Aitchison-Rayson took over Razzamataz West Cumbria in August 2018 and combines his position as a theatre school owner with a part-time role within the marketing and recruitment department at the... read more