Close
Did you know?
The Strings Club has outlets available across the UK 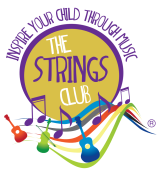 About The Strings Club

A multi-award-winning music education and childcare franchise, The Strings Club is on a mission to inspire as many children as possible through its range of programmes, including holiday camps, term-time courses, parties and a school music support service.

By successfully establishing itself in six territories since 2012, the franchise has seen the benefits that music-making can have on children – from wellbeing and confidence to communication skills and musicianship. The franchise believes that through its tried and tested model it is able to offer only the best in support and guidance in order for others to run their own successful franchise in an exclusive territory.

Having worked as a music teacher for a number of years, founder Amy Cunningham noticed a lack of music-based holiday camps during school breaks. From its initial Holiday Camp of six children, The Strings Club has grown exponentially to over 50,000 in 2019, demonstrating the sheer demand for childcare services of the highest quality that inspire children through music.

Due to its success, and recognising a flexible and rewarding business opportunity for individuals looking for that work-life balance, Amy decided to franchise the brand in 2018.

How does The Strings Club franchise model work?

The Strings Club offers a range of packages to suit various levels of investment. The brand is passionate about offering opportunities for growth and career development too. Hence, as the business grows, so does its franchisees.

The Bronze package offers a part-time business opportunity that enables individuals to focus on operating Holiday Camps that run 10 weeks of the year. This is a low-cost investment for high financial return. Through its tried and tested model, franchisees can earn up to £72,000 per year on Holiday Camps alone.

A Silver package with The Strings Club enables franchisees to maximise potential growth in their territory via all four income streams.

A Gold package allows individuals to operate independently in their own territories, running all four programmes as a full-time role, anticipating figures of over £105,000 in the first 24 months.

What locations or territories is The Strings Club looking to operate in?

The franchise is looking to grow its network specifically in London and the Midlands. However, there are territories also available in other areas across the UK. If you’re interested in a franchise with The Strings Club, fill out the enquiry form on this page.

Why is The Strings Club a good investment?

With franchisees growing with the business, the brand offers regular support, ensuring business growth indicators are met so that franchisees are able to reach a turnover in excess of £125,000 in five years.

Unlike other franchises in the children’s activities sector, The Strings Club focuses on its Holiday Camps - an industry worth on average of £7.5bn a year in the UK alone. Rather than continuously working to fill weekly classes, The Strings Club offers a solution to busy parents that’s high-quality, music-based childcare which is also fun, rewarding and safe. This means that franchisees can focus on offering only the very best in childcare and music education through their own Holiday Camps - up to 10 weeks a year.

Did you know?
The Strings Club has outlets available across the UK

Franchisees are expected to work hard to make their businesses a success. In return, The Strings Club offers a comprehensive support system designed to give franchisees the tools to enable them to achieve their goals from the start.

This includes full pre-setup training, ongoing support, an exclusive operational calendar to follow on a weekly basis, annual training and a conference, access to all systems including financial and administrative.

What skills do you need to become a The Strings Club franchisee?

Successful candidates are organised, driven and business-minded, and also have a passion for music. The Strings Club takes pride in seeking only the right calibre of individuals to become franchisees. The company is keen to hear from hardworking, dedicated people who want to be part of a growing network of like-minded individuals and are passionate about The Strings Club, its brand and ethos.

What support and training do The Strings Club franchisees receive?

The Strings Club offers a fully comprehensive 10-step launch manual, two days of face-to-face training, online access to all documents and images, copywritten Holiday Camp workshop plans and their very own franchise support manager. Franchisees also gain access to their operational calendar which is based on a tried and tested model, as well as free Ofsted registration of Holiday Camp venues.

What are The Strings Club franchise terms of agreement and renewal?

The Strings Club franchise operates on a five-year renewable licence.

How in demand are the services provided by The Strings Club?

Playing an instrument is an amazing skill to have - for either an adult or a child. The benefits of music-making are endless too – from wellbeing and confidence to communication skills and musicianship.

Due to the unfortunate cuts to music in schools, The Strings Club aims to offer further opportunities for children to learn an instrument - either at their Holiday Camps or Term Time Classes or via their School Music Support Service. One of the unique selling points is that every child who attends a Holiday Camp is offered free hire of an instrument - enabling even more children to enjoy music education.

The childcare industry is worth approximately £7.5bn a year in the UK alone. The Strings Club is offering a solution to many parents’ problems which is high-quality, flexible childcare that they can trust time and time again.

The Strings Club works in close partnership with HSBC and The Start Up Loans company, offering financial support for initial investments at low costs.

What are the potential rewards and profits which can be made from a franchise with The Strings Club?

Through its tried and tested model, The Strings Club has proven that an exclusive territory can earn from £75,000 to over £125,00 within five years.

Are any existing franchises with The Strings Club for sale?

The Strings Club is interested in selling some of its established territories that it currently operates. They include:
North London - Hampstead, Islington
South London - Tooting, Greenwich, Brockley
Warwickshire - Leamington Spa and Warwick

How can I get started on setting up my own franchise with The Strings Club?

Simply click on the button below to get the ball rolling for a no-obligation ‘Discovery Chat’ with one of The Strings Club’s franchise team.