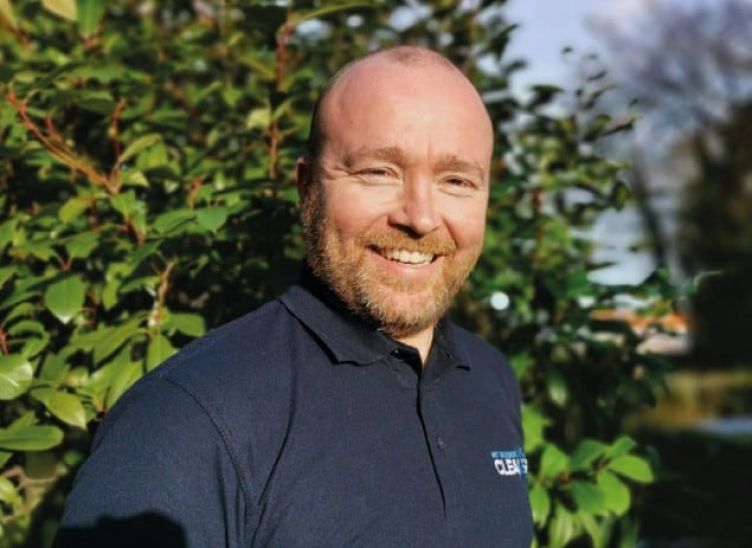 Despite launching his franchise during lockdown, the start-up support provided by My Window Cleaner saw Gareth Southard achieve record results

Gareth Southard was excited about opening his My Window Cleaner franchise. For years he’d worked for major corporations in customer-based roles.

He says: “I’d worked long hours for moderate pay and very little reward. I decided that running my own business would provide better returns for the hours I could commit.

“I chose My Window Cleaner because it felt more personal than any other franchise I had researched.

“The fact the conversation was not being led by how much money could be made, but more about growing a multi-van business and looking to the future of what could be achieved really felt genuine.”

Following initial training, Gareth was preparing to launch his franchise in his hometown of Newport, Wales. And then the COVID-19 pandemic struck and the UK went into lockdown. It seemed as if Gareth’s dream of being his own boss was over before it had begun.

If he had been a one-man band without the support of an established franchisor, it might have been.

Instead, Gareth opened for business in March and broke My Window Cleaner’s record for the highest revenue for a franchisee in their first month of trading, thanks to the expert assistance provided by his franchisor.

My Window Cleaner uses a prestart marketing plan that has historically given franchisees over 50 customers in the four-week period following launch. It includes local leafleting organised by a third party distribution company. But with the health crisis worsening by the day, this approach was deemed inappropriate in Gareth’s case and a rethink was required.

So with the help of his franchisor, Gareth started marketing his business online. His activities attracted 58 customers and nearly £3,500 in revenue. Success, but he wanted more.

A new leaflet was produced, highlighting to potential customers the precautions Gareth was taking in order to provide a safe window cleaning service.

He held his breath and the Royal Mail leaflet drop commenced. Another win: the direct mail campaign resulted in a further 51 customers.

My Window Cleaner says it always scrutinises the first month’s data in a new franchise “as an initial comparison of success”.

According to the company, Gareth had broken all previous records for a new franchisee. In fact, one of his week’s revenues was £1,400, more than My Window Cleaner’s pilot franchisee in Canterbury had achieved in their entire first month.

Help from the top

“It was unprecedented times for all involved,” Gareth says. “None of us had been through anything like this, let alone trying to launch a new business. From day one, there was help from the directors Karen, Ian and Dave.

“It felt My Window Cleaner knew what they were doing. Even after such a challenging start, you could feel their excitement at the launch of my business.

Gareth is planning to have another van on the road within the next 12 months.

“From there on, the sky’s the limit,” he says. “I would like multiple vans and to be able to share this fantastic business with employees. I know it’s what My Window Cleaner will help me achieve.”