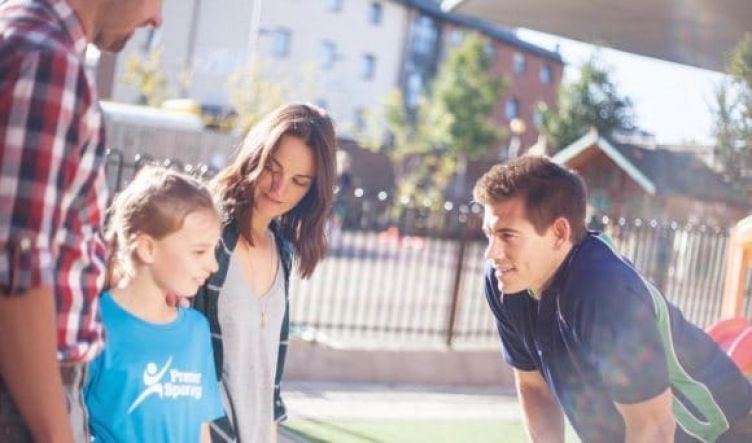 Since 1999, Premier has grown exponentially. It’s now the UK’s number one sport and physical activity provider and a European Top 500 Franchisor

What makes the perfect Premier franchisee? Do you need a background in sport to be considered? No. Sure, there are some ex-professional sportsmen within the network, but there are also mums, IT teachers, coaches and policemen who saw the opportunity to work for themselves, but not by themselves.

Premier franchisees do have one thing in common, however - they all have a passion for sport and making a positive impact on children’s lives through physical activity.

Since 1999, Premier has grown exponentially. It’s now the UK’s number one sport and physical activity provider and a European Top 500 Franchisor.

There are currently over 125 active Premier franchise territories in the UK that deliver Premier’s sport, dance, drama and wellbeing programmes in primary schools through curricular and extra-curricular activities. There’s also community reach, with holiday courses and camps for children to maintain activity during holidays and half terms.

The introduction of Premier Performing Arts (dance and drama) and Premier Transition (health and wellbeing) enables franchisees to develop irreplaceable relationships with schools in their networks.

Performing arts can engage children who traditionally may not have an interest in sport and the newest addition, Transition, teaches children how to live a healthy lifestyle through practical lessons and physical activity.

Through a lack of physical activity and poor lifestyle habits, an alarming percentage of today’s young children are either obese or overweight. Not only that, they’re predicted to live shorter lives than their parents.

Recent government research highlighted that over 20 per cent of children in reception classes are obese, while over 30 per cent are by the time they leave primary school.

To help combat this, over £1.3 billion worth of investment has been made available for schools. Part of this funding is to be allocated to improving the level of children’s physical activity and the education and knowledge around health and wellbeing.

Last year, over nine million visits were recorded on Premier activity sessions throughout the UK. That means Premier’s network of over 1,200 activity professionals got a child active every second of every day for 365 days last year.

In 2006, Italy were victorious at the World Cup, which was hosted by Germany. It was during this time that Danny Melling was on holiday and had a chance encounter with Karl Fox, a Premier franchisee, who went on to explain the opportunity and benefits of being a Premier franchise owner.

Danny wasted no time in joining Premier and immediately acquired the Bolton and Wigan territories.

Since 2007, Danny’s franchise has gone on to become one of Premier’s most successful and is on track to hit the £1 million mark this year. In the 10 years it’s been operational, the business has expanded and now operates within five territories It employs over 40 staff, deploys 35 activity professionals every day and has supported over 180 schools.

Since 2007, the business has engaged and activated over 28,000 children. In the last two years alone, its activity professionals have delivered over 17,000 hours of activity.

In the last 10 years, it’s invested over £500,000 in team development, including over 1,000 hours of continuing professional development, which has been delivered to the business’ activity professionals since September 2015, resulting in 365 qualifications.

Furthermore, it’s formed links with 15 community sports clubs, ensuring the children it engages with - 17,000 of them in the last two years alone - have a route into community sports. Whether they’ve taken up a sport through a Premier PE lesson or a holiday camp, children can continue their passion outside of Premier and school.

A day in the life

The role of a Premier franchisee is diverse and vast. From recruiting, managing and motivating activity professionals, ensuring they’re delivering Premier programmes to the quality expected, to engaging directly with schools to develop relationships that lead to business sustainability and profitability.

Franchisees often engage with community events to raise brand awareness of their businesses among local parents and schools and will often run localised marketing campaigns, which are supported by headquarters.

If you consider yourself to be handson, all franchisees gain the necessary qualifications during the induction programme to deliver Premier activities themselves.

Last year Premier introduced a Going for Gold initiative for its franchise network. The programme encourages a multi-territory strategy for those with ambitions to hit the £1 million mark.

The step framework introduces additional levels of support to help franchisees secure the business required to move up the ladder. Since September 2016, Premier franchisees have been delivering impressive growth statistics:

Interested in combining your passion for sport and making a positive impact on children’s lives into a business that can deliver excellent earning opportunities? Premier is always on the look-out for passionate, business-minded people to join the team.