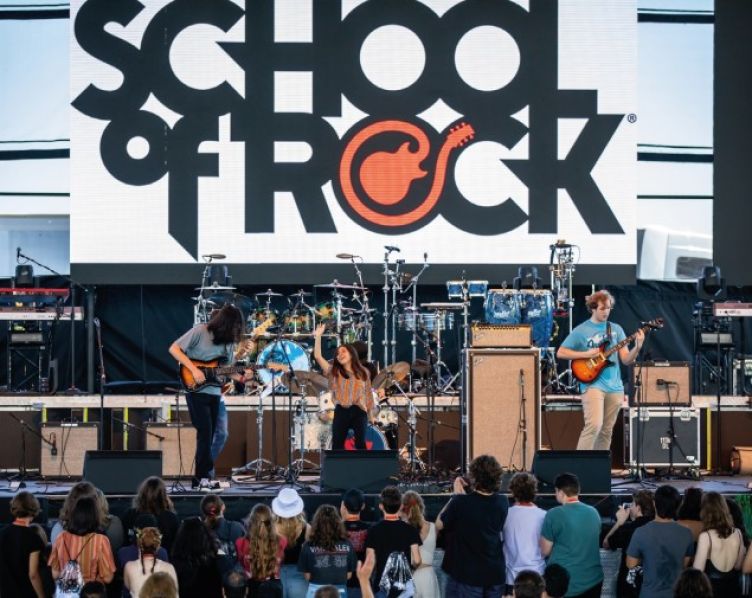 Using the power of music, the School of Rock franchise aspires to improve the lives of children throughout the world

The first question people ask about School of Rock is which came first, the school itself or the 2003 Jack Black movie. Originally launched as a single location in Philadelphia in the late 90s, School of Rock has developed into a trademarked brand and global phenomenon. It is now operating and franchising over 500 after-school music instruction hubs, open or in development, in 15 countries. It’s also the recipient of numerous accolades such as the Best of the Best in Entrepreneur’s Franchise 500 and Category Winner by Global Franchise. And there are no signs of slowing down.

Innovation has been key to School of Rock’s success, beginning with its core music-education approach. The School of Rock METHOD™ was awarded a US patent validating it as an exclusive concept and practice in 2021. The groundbreaking method builds musical proficiency through a mix of its proprietary training tools and performance-based curriculum.

Students start their musical journey by learning how to play songs that inspire them. Classic songs like AC/DC’s Thunderstruck and Led Zeppelin’s Stairway to Heaven are used to teach technique and theory. And while local flair is certainly included in the School of Rock curriculum, some legends transcend borders – The Beatles, David Bowie and Bruce Springsteen can be heard at every location around the world.

Another unique aspect of School of Rock is its status as a recognized global children’s franchise, offering franchising opportunities throughout the world. Many successful franchisees are former or partially retired musicians or music industry executives, but others are successful entrepreneurs from other industries.

So why should you join the network? “This is an incredibly exciting time to be a part of School of Rock as we continue to build on this momentum and expand across the globe to fulfil our mission to enrich lives through music,” said CEO Rob Price.

Parents are also impressed by how School of Rock transformed their shy, isolated kid into a self-confident musician, finding their identity while performing with a band onstage. All franchisees have one thing in common – an appreciation for the opportunity to improve the lives of children in their local community through the power of music.

US$1 million for master franchisees; $125,000 in liquid assets and $350,000 in net worth (a single candidate or the sum of the assets of a group of investors) for single, domestic units