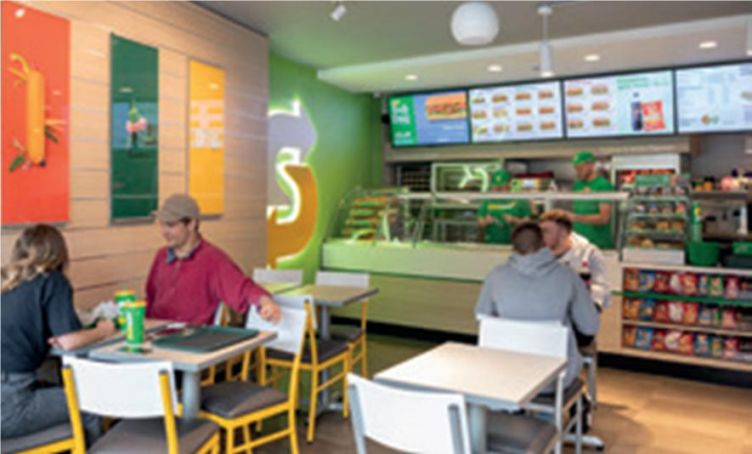 An increasing number of millennials are recognising the benefits of franchising, with one in five new franchise owners over the past two years being under 30.

Keen to start their own businesses, Generation Y is exploring franchising as a preferred route into business ownership.

Will Bray is just one of a growing number of millennials who are turning to Subway to launch their franchise career. At just 24, Will is the proud owner of two Subway stores in Bath. Within months of graduating from his business studies degree, he became the owner of his first Subway store.

Will explains: “I loved the brand and its future potential. My family is in farming, but I didn’t feel this was the right career path for me. With the business studies knowledge I had gained at university and my passion for the brand, a Subway franchise felt like the perfect career.”

Subway is one of the largest and most successful franchise brands, with over 2,500 stores now open across the UK and Ireland. Its robust franchise system has helped thousands of people across the world to build their own businesses.

Will met with his local Subway business development team, who were able to provide all the advice and guidance he needed. With a little financial support from his dad, Will became the franchise owner of an existing Subway store in Bath in August 2016. A second store in the city followed in May 2018.

Like all new franchise owners, Will attended a two-week training course at the Subway support centre in Cambridge. This provided all the necessary classroom and in-store experience he needed to run his Subway franchise.

“The training was really good fun,” Will says. “I had a great group, many of whom were from different countries in Europe, and we have stayed in touch. It’s great to hear from them and learn about their experiences in their home countries. I’ve even had the chance to visit one of my fellow trainees in Amsterdam.

“The support Subway provides for franchise owners is ongoing and consistent. My business consultant is always at the end of the phone to help with anything - from deliveries to financials and advertising.”

A typical day sees Will spreading his time across his two Subway stores. He regularly works on the front line, serving customers alongside his 15 members of staff.

Will plans to keep growing and developing his Subway franchise business and will open new stores in the right locations as and when they become available: “Subway is growing rapidly in the UK and Ireland and I’m keen to be a part of that growth.

“The best part of being a Subway franchise owner is the flexibility it offers. I enjoy being my own boss, in charge of my work-life balance and longer term future.

“Being a Subway franchise owner is great fun and the franchise sector in the UK is booming. It’s been a massive learning curve, but who doesn’t want to be their own boss?”