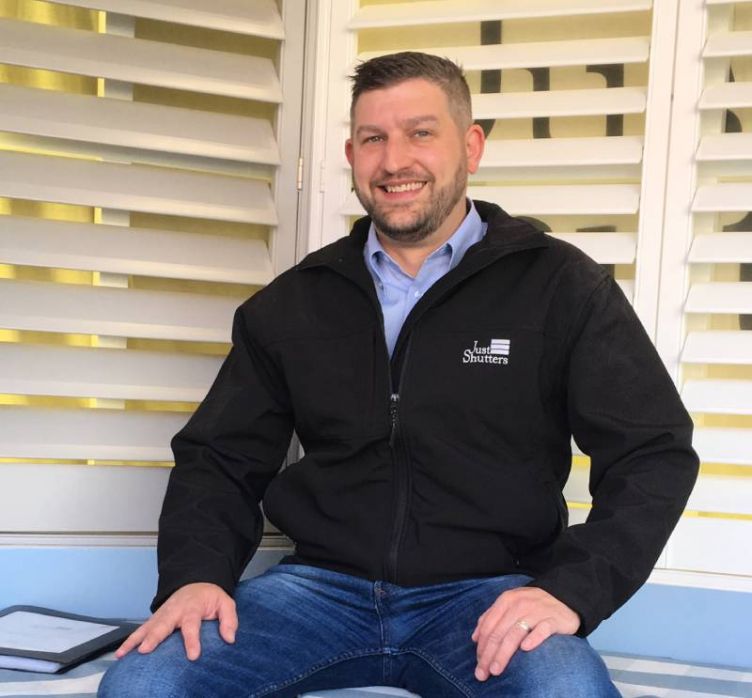 Before buying the franchise, Paul was a general manager at various supermarkets, the most recent was 12 years for Aldi and then Lidl. He is married to Lisa and they have five children (four daughters and a son).

Why did you go down the franchise route?

PW: After 23 years in retail, I decided to get out. I wanted to go down the self-employment route, however, going from a salaried income meant I needed to do something I could get up and running fairly quickly. I, thus, chose plantation shutters as all the elements suited my skill set.

I have always done a lot with my hands, I understand company administration, and I am good face-to-face with customers. After significant research and speaking with several existing owners, I chose Just Shutters. The brand, system and support were appealing, and after meeting the head office team, Lisa and I knew it was the right fit for us. The brand has a real family feel with clear understanding and support.

How did you raise finance to buy the franchise?

PW: I invited my parents to be shareholders. There was no external finance used.

What initial and ongoing training and support did you receive?

PW: Just Shutters provides as much training as required. I felt comfortable with the product, process and systems quite quickly – but if I needed more, I could have had it. As with anything, there is a lot of learning once you are out there doing it, but support is always there to resolve any difficulties.

How would you describe your day-to-day role as a franchisee?

PW: As I am still in my first year so I would describe it as ‘I do everything’ – design, sales, administration, communication, installation and aftercare – and I love it!

What are some of the major challenges you’ve faced?

Has becoming a franchisee changed your life, if so, how?

PW: Massively, I never saw my family before. Now I spend every weekend with them, do some morning school runs and some school pickups. There is a feeling of pride too and excitement due to being in control of your own destiny.

What is the most invaluable piece of advice you could give someone looking to buy their first franchise?

PW: Research a lot to find the right fit and talk to other owners. It is not something you can just change your mind about a few months in.

In your opinion, what makes a successful franchisee?

If you had to do it all again, what would you do differently?

PW: Honestly, nothing comes to mind. I am really happy with what I do.

At a glance Just Shutters