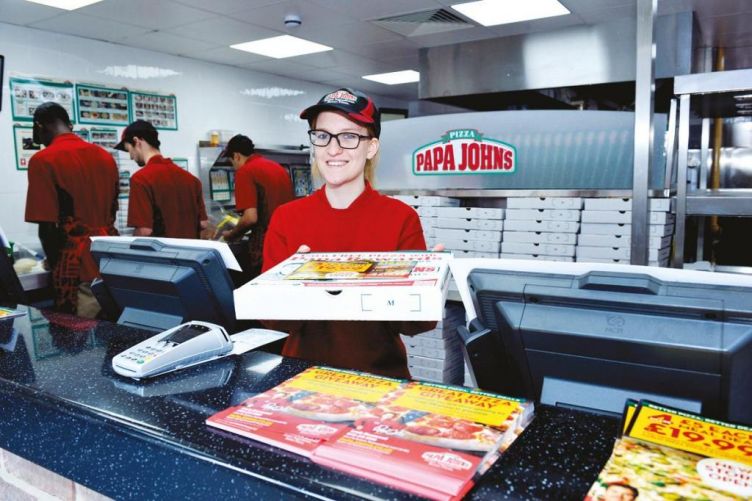 Franchisee Siddhartha Chirumamilla - known as Sid - who also runs five Papa John’s in the south east of England, plus the Scottish Rutherglen store, has plans to open a total of seven Papa John’s in Scotland within the next couple of years.

Sid explains: “I used to work for the Welwyn Garden City branch of Papa John’s when I was studying for a degree in automobile engineering in London.

“I knew the product was popular and the company’s fresh approach and ‘Better ingredients. Better pizza’ concept always went down well with customers.

“After my student days, I returned to India then came back to the UK in 2013, knowing I wanted to run my own business.

“Coincidentally, the Welwyn Garden City Papa John’s became available and with help from a business loan from the franchising department of HSBC I purchased the franchise.”

Since then, Sid’s Papa John’s portfolio has gone from strength to strength. Sid adds: “I see a great development opportunity for Papa John’s to deliver in Scotland. We’re aiming to open three outlets in the region before the end of 2017.”

Papa John’s has opportunities for franchisees throughout the UK. Help is provided with location selection and full turnkey opening of stores. The company supplies all the assistance needed to get your Papa John’s up and running.