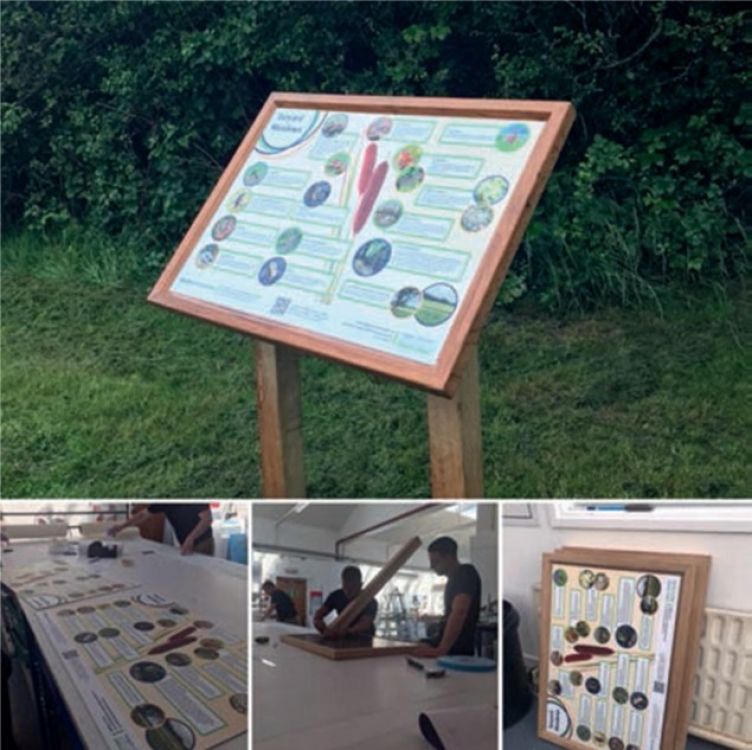 FASTSIGNS Crawley co-owner, Melanie Martinez, says she values the partnerships she’s forged within her own centre and the wider network as a woman in business

If you’re thinking about starting your own business, but don’t feel you have the confidence to run one, is there someone you could go into partnership with?

For some women, this is the most empowering route – especially when they embark on franchise ownership.

Melanie Martinez, who co-owns FASTSIGNS Crawley, knew she’d made the right decision when she, her husband and a close family friend and colleague took ownership of the franchise.

Melanie explains: “Having someone to share the load with definitely makes it easier.

“Running a business can be time-consuming, so having others beside me ensures I can meet my family’s needs, while still fulfilling any business commitments.

“This sometimes means we work strange hours, but having a partner you can rely on gives you flexibility around the business.”

In December 2018, Melanie and her husband, José, joined forces with friend and colleague Alan White to buy FASTSIGNS Crawley.

“We’d been working together in the centre for over two decades,” Melanie says.

“I focused on sales and customer service, as I love meeting people. José focused on production and installation and Alan on graphic design and sales.

“We worked well together, playing to each other’s strengths. So when the opportunity came up, we decided to buy the franchise.”

Get the timing right

For Melanie, the timing was crucial. As a mum of two girls, she and José were adamant their jobs needed to work around being there for them.

“Having been there from day one, I’d hoped to buy FASTSIGNS Crawley when the original owner retired in 2008,” Melanie says. “But our girls were too young for us to devote time to them and a new business.

“Now they’re older, they understand what José and I are building and the impact on their future.

Having a non-family partner involved means Alan keeps the business running when we take a family break and vice versa.”

“A recent example of this was the pandemic,” she says.

“At FASTSIGNS, we’re a family of business owners, which really shone through in 2020.

“FASTSIGNS UK managing director, John Davies and his support team at head office were incredibly proactive on our behalf, sourcing relevant information so we could open our FASTSIGNS centres safely at the right time.

“We have a franchisees’ WhatsApp group, so every day we’d check how each other was doing. I was so grateful to have this support; knowing we were navigating it together was reassuring for me.”

Starting a business at any stage can be both exciting and daunting, but Melanie says she wouldn’t change a thing: “Other than starting earlier.

“FASTSIGNS operates in an exciting arena and we were right there helping other businesses and keeping people safe during the pandemic.

“This, as well as being part of a strong network and building something for our own future, gives me a sense of purpose every day.

“It’s different being the owner - harder at times, but so much more rewarding.”