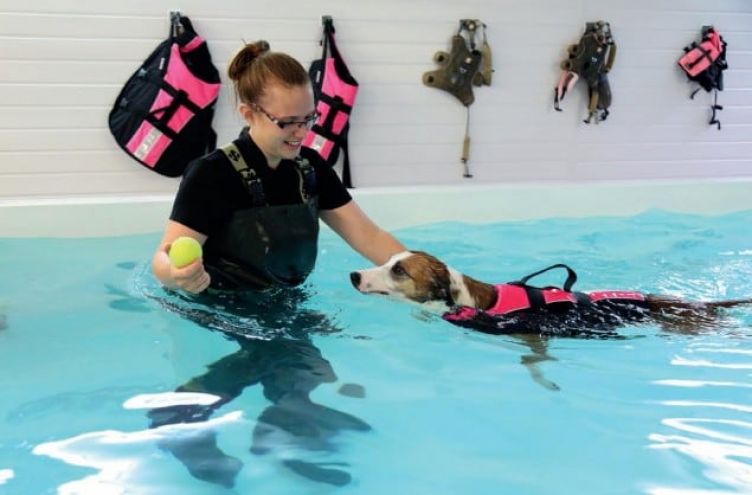 To ensure the smooth sale of a branch of Woozelbears, Charlotte Jarman engaged the services of Franchise Resales

With the Woozelbears canine hydrotherapy brand growing, Charlotte Jarman, the franchisor, decided to sell the company owned branch in Witney, Oxfordshire to fund the expansion of the network.

Following a recommendation from one of Franchise Resales’ funders, Franchise Finance, the company provided a market appraisal on the business and, after various discussions with Charlotte, agreed on an asking price.

With the business being specialised, Franchise Resales agreed with Charlotte that if any buyer came to her via direct advertising at a show or exhibition it would not charge its usual completion fee.

Charlotte completed a prospectus information form, which gave Franchise Resales and potential buyers a true understanding of the business. On the same day, a ‘Coming Soon’ email, stating the brand, sector and location, was distributed to Franchise Resales’ database of possible buyers.

Once a sales prospectus was completed, a ‘New Instruction’ email went out immediately and twice more over the next six weeks.

In view of the specialised nature of the franchise, leads were slow initially, but an online enquiry from Darren Brown was received, who was provided with Franchise Resales’ Top Ten Tips for Buyers and Buyers Guide to Buying a Franchise Resale.

After signing a non-disclosure agreement, as all prospects must do, Darren received the sales prospectus and financials for the business.

He was keen to progress and completed Franchise Resales’ financial profile form. This information gives a franchisor a good understanding of the potential prospect looking to join its network. A meeting was then arranged between Charlotte and Darren at the Witney branch.

Negotiations and the legal process to completion

The negotiation process stage is a critical part of any deal and is rarely straightforward, which is where a Franchise Resales account manager can add value by taking control of the proceedings.

Darren made his initial offer and, following three months of negotiations, his final offer, which was accepted by Charlotte. The legal process was finalised and the deal completed.

When asked about her working relationship with Franchise Resales, Charlotte said: “I could have done with taking more advice from other professionals along the way for ways to package the business up and negotiate ideas.

“The communication regarding negotiations was dealt with very attentively by Michael Bohan. He always gave the time that was required and positively progressed the sale at every stage.”

Darren says Franchise Resales played an essential role in the sale, adding: “I found the company very easy to work with, prepared to listen, understood concerns and worked to push things forward. I would recommend the business to others.”