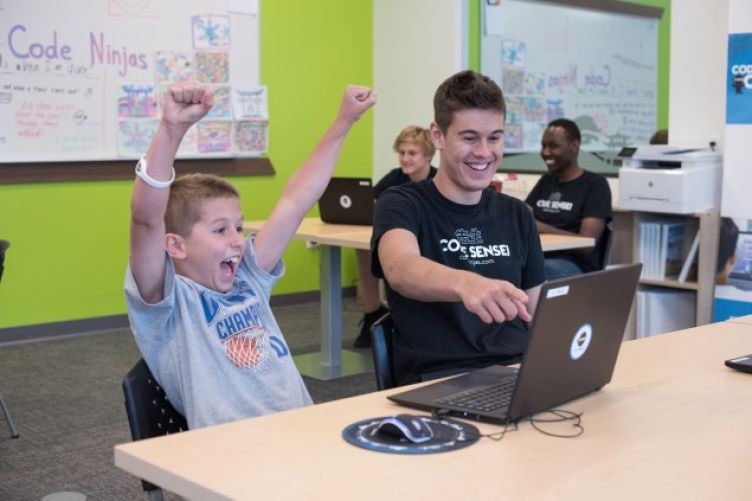 Launching its first UK location in 2019, there are now over 45 active territories with several more expected to launch in the coming months

As the tech and digital industries continue to grow globally, the international coding franchise for kids, Code Ninjas, is excitingly celebrating its third year of growth in the UK. With parents now wanting their children to enjoy more social interaction in a post-pandemic world, they also want them to pursue activities that will build confidence and skills. It is because of this that the demand for Code Ninjas’ fun and interactive coding curriculum is stronger than it has ever been. Having landed on UK shores in 2019, the brand is looking forward to continued growth throughout 2022.

“Code Ninjas is proud to be encouraging children’s love and creativity in the world of tech in the UK, the benefits of which will be notable in a future which is increasingly dominated by technology. More importantly, though, it’s great to see kids come together in person as they discover their own unique passion for digital education. That human connection is so important,” said Grant Smith, VP of education at Code Ninjas.

Whether through gaming, robotics or simply a piqued interest in the endless possibilities of technology, Grant believes the growing cohort of Code Ninjas students is a typical representation of the many British children becoming more seriously invested in the technology they consume.

“We’ve seen an incredible demand for these services across the UK, so we’re delighted to be filling this gap in children’s social and educational needs,” added Grant.

Code Ninjas launched in the US in 2016, finding enormous success as it offered much-desired learning to code opportunities that parents knew could be greatly beneficial for their children. The franchise model was then adapted for the UK market and since the pandemic, Code Ninjas is placing a greater emphasis on the importance of sociability, confidence-building and the overall enjoyment of its sessions.

The Code Ninjas network is widespread and diverse, with the coding opportunity proving to be highly sought-after by parents and children alike across the nation. Launching its first UK location in 2019, there are now over 45 active territories with several more expected to launch in the coming months. It is clear that the prospect of Code Ninjas opening in any new area generates an instant consumer buzz due to its international reputation as a curriculum that both inspires and excites children.

With franchisees now operating across England, Scotland and Wales, Code Ninjas has over 500 territories internationally. “We’re excited to be celebrating this anniversary and our continued expansion to places previously untouched by such opportunities for children. We have people in our UK network ranging from game technology pioneers to former circus performers – all contributing to the evolution of the brand. We’re incredibly proud of the diversity within our international community, but even more proud of the fact we’ve been able to help thousands of children with their confidence whilst igniting their love of coding,” said Justin Nihiser, CEO of Code Ninjas.