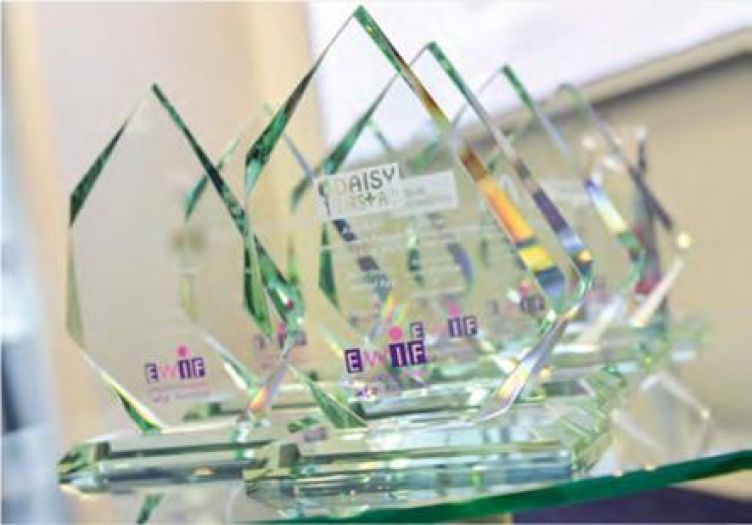 Throughout 2018, Encouraging Women into Franchising is celebrating its 10th anniversary.

The 8th NatWest EWIF Awards event takes place on May 15 and it was great to see so many women being nominated across the industry. While award entries are currently being judged, EWIF thought it would shine the spotlight on each of its award sponsors.

Without their support, there would be no EWIF awards. Together we are 10yearsSTRONG.

NatWest has partnered with EWIF since its first awards, celebrating the achievements of women in franchising.

Having been involved in franchising for over 30 years, NatWest Franchise Relationship Managers provide expert support and guidance to both franchisees and franchisors across the UK.

Mcdonald’s: Woman Franchisee of the Year

McDonald’s is a long-term supporter of EWIF, which sponsors this award, as well as the finalists’ Pre-Awards Reception.

With a strong internal policy, designed to support women into its franchise, partnering with EWIF allows McDonald’s to further promote opportunities women have in franchising.

As a previous winner of this category herself, Jenni Dunman thinks this category is pretty special and is a great way to encourage women new to franchising.

Franchise Finance: sponsor of Woman Franchisor of the Year

Meeting women involved in franchising and supporting them as they make their dreams come true is an important part of what it offers. So who better to sponsor such a prestigious award?

Darwin Gray: sponsor of Young Woman in Franchising of the Year

Darwin Gray Solicitors advises many business owners who are looking to franchise their businesses.

Hugely supportive of the EWIF cause, it’s well qualified to judge success in the industry. Not only among women, but also within an emerging younger market.

The Franchise Show: sponsor of Service Provider of the Year

The Franchise Show has been part of the franchise industry for over 11 years and is experienced in bridging the gap between franchisors and potential franchisees.

The Franchise Show, which is free to attend, has supported countless people - including women - in finding a suitable franchise.

What Franchise: Inspirational Woman in Franchising of the Year

As one of the leading publishers of franchise and business opportunity magazines in the UK, What Franchise has inspired many women as they journey into franchising. It’s in the right position to identify inspirational women behind a brand.

The AFA: sponsor of Woman Franchise Employee of the Year

The AFA is looking forward to championing successful women employed in franchising, by either a franchisor or franchisee.