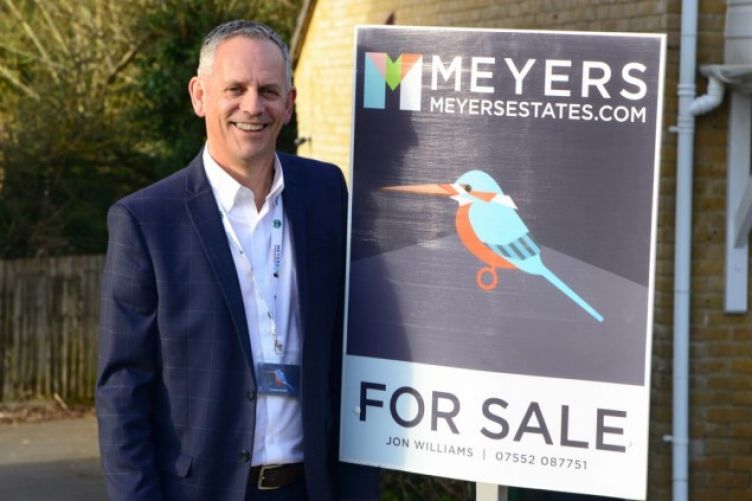 With than 30 years’ estate agency experience, he’s worked for brands including Mann & Co, Palmer Snell, Connells and Humberts, all in and around Dorset.

Jon says: “I was aware of Meyers and admired the company’s marketing, but wasn’t quite sure how they had become so successful!

“My initial training was refreshing and the past year working at Meyers has been the most inspiring of my career to date.

“The focus on client care and building relationships is key to success and will continue as I now build my own franchised business, which is an extremely exciting prospect.

“Meyers Estate Agents is not on the high street, so we take advantage of the latest technology and digital marketing to sell properties as professionally and painlessly as possible for our clients.

“Most of our work comes from recommendation, so I felt being able to give back to the local community which supports me was really important.

“In the past year I have completed a 500 km walk, raising £3,150 for the Weymouth Food Bank, and pledged to donate a further £50 for each personal property completion in 2021.

“I had never seen an opportunity locally to run my own estate agency business before, so am very thankful for this chance to progress my own career and at the same time provide a highly personalised service to clients looking to buy or sell properties in the region through Meyers.”

Mark Meyer, founder of Meyers Estate Agents, says: “Jon joined us at our head office hub a year ago and over that time he has taken on and embodied our brand values and strengthened his connections with the local community in Weymouth, where he has lived and worked for most of his life.

“We’re proud of how he has now invested in his faith in the Meyers’ brand by taking on a franchise of his own and we’re looking forward to continuing to support him as he grows and develops his business in the future.”

Meyers has instructed over £1.3 billion-worth of property since it was set up as a franchised business in 2003.

It’s also ranked in the top three per cent of UK estate agencies, having won a gold award at the Best Estate Agent Guide Awards in 2020.

Start your own Meyers Franchising franchise

Send a free enquiry to Meyers Franchising for further information!