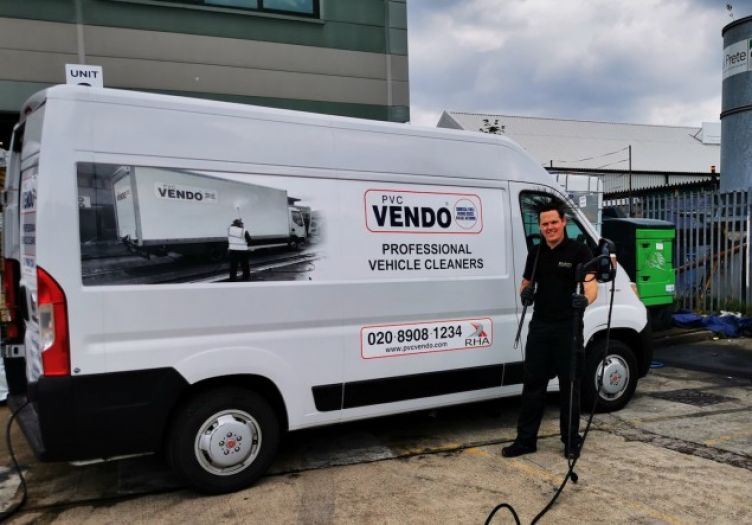 Founded by Ivan Calhoun in 1981, the company was franchised in 1989. The first franchisee was Darren Martin, who’s still running PVC Vendo Ramsey today. There are currently 22 franchisees operating across 35 territories.

“Very little has changed in the service we offer - we’re still essentially a mobile man-in-a-van service that washes commercial vehicles at a customer’s site, but as one would expect we’ve updated the cleaning products to be more environmentally friendly.

“We’ve also introduced software that allows franchisees to check into a job, notify the client of the vehicles that have been washed and send out the invoice, all via their phone, saving them hours of administration time.

“In April 2020 we introduced Sani-Clean, a disinfecting service for the interior of vehicles that kills, amongst other things, the COVID-19 virus, which has been understandably popular during the pandemic.”

Operations manager Mick Heapy has been with the company for 27 years. His son, Barry, is a PVC Vendo franchisee.

Of the fact franchisees are so committed to the brand, Mick explains: “The reason they stay is because they like being their own boss. It’s hard work, they can be out from early in the morning until late at night, but they’re in charge of their own diaries and the money is good.”

Reflecting on the changes since he joined the company in October 1993, Mick says: “In the old days we had a room full of people cold calling companies, then we’d send them a flyer in the post and if they liked the service we’d go over and do a demo. If all went well, we had them signed up by the end of the week.

“These days it can take months to secure a new client, but when we do they’re generally much larger national clients that can benefit many of the franchisees across the network.

“The power washers we’re using are more powerful too. The technology and marketplace may have changed, but we’re all still working to the same standards of delivering a professional, timely service to our clients.”