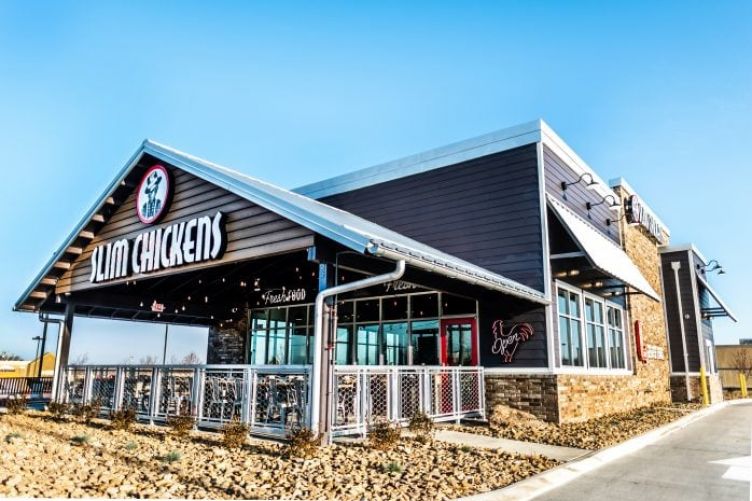 The “better-chicken brand” has plans to take a greater hold of the U.K.’s chicken market, with its sixth franchise location in the country

The average chicken fan in the UK might think of Nando’s when it comes to getting their poultry fix, but that could soon be set to change, as American favourite Slim Chickens opens its sixth restaurant in the country – with many more still to come.

The restaurant, to be opened by Slim Chickens’ UK franchise partner, Boparan Restaurant Group (BRG), is planned to open this winter in Bristol. This will add to Slim Chickens’ already impressive portfolio of nearly 100 restaurants, and go toward the brand reaching its goal of 600 locations worldwide.

BRG has plenty of experience in the food and beverage franchising space, having also worked with Giraffe, Giraffe Stop, and Ed’s Easy Diner.

“When looking to bring a better-chicken brand across the pond, Slim Chickens was in a league of its own,” said Tom Crowley, CEO of BRG. “From its high-quality product to the passionate executive team, we knew it was the right fit and would resonate with British diners.”

Crowley’s sentiment is shared by Slim Chickens, who see BRG as the natural fit for the brand’s UK franchise partner: “BRG is exactly the type of experienced, multi-concept franchisees that we’re looking for as we expand into new territories – both globally, and domestically in the United States,” said Jackie Lobdell, executive director of franchise development at Slim Chickens. “Tom and his team’s passion for the brand and deep operational experience, reflect the qualities we look for in franchise partners.”

This sixth location opened by BRG is another step in the group’s multi-unit franchise agreement with Slim Chickens, that will see a further eight locations open in 2020.

But what makes Slim Chickens a “better-chicken brand”? All of the food is cooked-to-order, and its devoted fanbase is known as “Slimthusiasts”. It offers high-quality products alongside a selection of 17 house-made dipping sauces. The brand has currently grown from its US origins to the UK and Kuwait, but Slim Chickens is always interested in speaking to new franchising professionals.