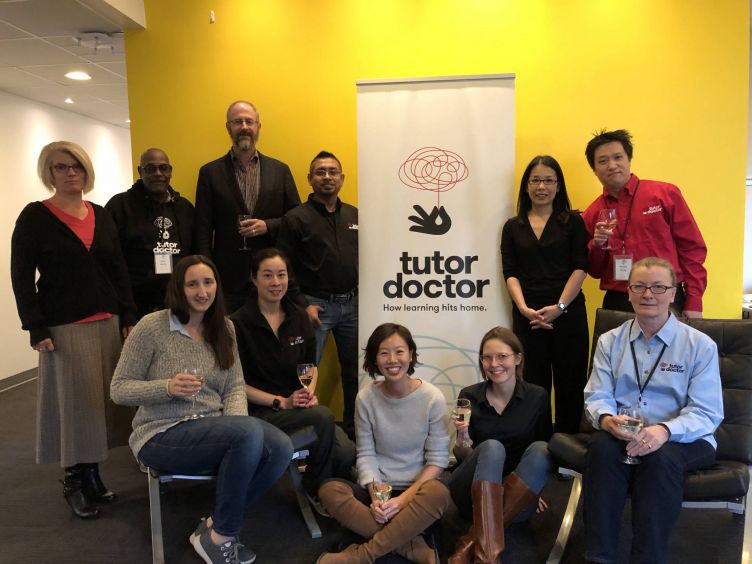 The highlight of 2019 for Tutor Doctor was celebrating its 10th year since landing on British soil while also welcoming 19 new franchise recruits into its network.

Heading into the new decade, the three recruits from the latest training class will manage a team of tutors and work closely with families to identify the needs of local students. With a now 70+ strong network, the UK remains one of the most successful markets for Tutor Doctor; it has consistently shown the fastest growth in like-for-like sales since the launch of the first territory in Surrey, in 2009.

Teresa Lo recently launched her business in Sunbury and is hoping to replicate the success of previous franchisees, using their achievements to bolster herself in her local community. She said: “I wholeheartedly believe in Tutor Doctor’s vision of changing the trajectory of children’s lives. It’s a real passion of mine to help the children in my local community and support them with their learning. Tutor Doctor immediately jumped out at me as it’s a respectable brand that is doing the right thing for the greater good – it was extremely important for me to find something that resonated with me personally too.”

Like all new franchisees, Teresa attended training in December alongside fellow new recruits, Sylvia Clark and Mark Grainger, who will open their offices in Acton and Chelmsford respectively.

A testament to the continued growth and market demand in the sector, a 2019 survey from The Sutton Trust revealed that 1 in 4 children received private tuition in the last 12 months. It should come as no surprise then, that the UK spends more on private tuition than anywhere else in Europe. In 2018, the UK market was estimated to be worth $6.3bn and is projected to exceed $9.1bn by 2024. Tutor Doctor’s franchisees are prepared to meet the demands of parents and make a difference simultaneously.

“The last year was certainly one to be proud of,” said Tutor Doctor president, Frank Milner. “We welcomed many franchisees, from all different walks of life, and they continue to shine. At the start of a new year, and a new decade, we’ve got a lot to look back on. In 2019 alone, we celebrated 10 years in the UK, welcomed milestone franchisees into the network and were recognised in the franchising, education and tech industries for our innovations. We’re certainly ready to take on the next ten years and I’m looking forward to seeing what it has in store.”