Children and education: the potential rewards are great in this fast growth sector 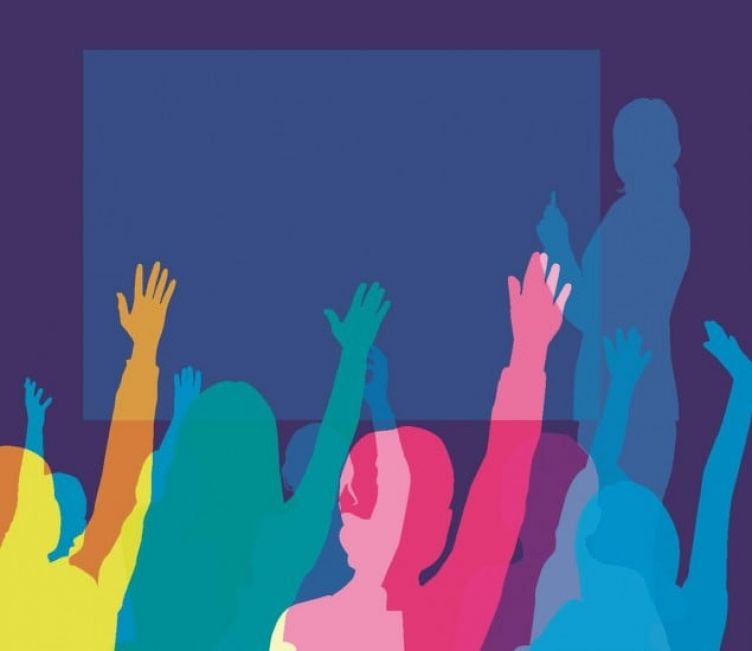 It’s a significant part of the second fastest-growing franchise sector. Some of its franchisees turn over nearly £1 million a year. Yet still many people don’t take it seriously. What sector is it? Children’s activities and education.

The franchises are part of an overall market that includes around 40,000 businesses worth an estimated £25bn a year, according to statistics gathered by the Children’s Activities Association for the first survey of the sector.

Children’s and educational franchises are classed by the British Franchise Association as part of the personal services sector, which has grown by six per cent in the last five years, second only to retail.

Yet writing off children’s activity or education franchises as lightweight is a big mistake, says CAA deputy chairman Mark Rasche, a consultant to the sector and founder of the Socatots and Brazilian Soccer Schools franchises.

Why this sector matters

There are 19.2 million families in the UK, according to the Office for National Statistics, while Statista figures reveal there are 15.5 million children aged 0-19.

“The number of children’s activities businesses have exploded in the last decade,” Mark says. “Organised activities for children have become a normal part of childhood.”

It all adds up to an increasing demand for organised activities for children, which franchises can deliver.

The government demands that schools give children and young people access to at least 60 minutes of physical activity a day. It pays primary schools a PE and sport premium of up to £16,000 a year and schools can use the money to pay local sports organisations to provide the service, opening up a big market for children’s sports franchises.

Parents are reluctant to cut spending on children’s activities, whatever the financial climate.

Tamsin Brewis, the Water Babies swimming teaching franchisee for Bedfordshire and Buckinghamshire, says: “To those who question the earning potential in the children’s services sector, I say: ‘Consider how much of your own disposable income you are prepared to invest in your child’s development?’

“Parents always want to give their child the best possible start in life. I get the reward of teaching little ones a life-changing skill, while also making a good income.”

The rewards for franchisees in this sector are far greater than money. Amanda Campbell, principal of performing arts franchise Razzamataz Glasgow North, says: “Former Razzamataz students are now on the West End stage in musical theatre productions such as & Juliet, Hamilton and Matilda.

“Equally, while many students don’t take their performing arts training any further, it develops skills that enable them to confidently speak in front of others, whether in job interviews or in front of large groups.”

Danielle Fiamanya, who attended Razzamataz Glasgow, recently received the 2019 Stage Debut Award for Best Actress in a Musical. Danielle, who has appeared in The Color Purple and & Juliet, says: “Razzamataz was the first theatre school I stepped into. I wouldn’t be here without my scholarships at the school.”

Razzamataz has launched an online service that will continue after the lockdown, providing an additional revenue stream for franchisees.

When choosing a children’s activities or tuition franchise, Mark says: “Choose an activity you love, but also check the franchise’s credentials, including membership of a franchise association and the CAA. Members sign up to a code of practice covering child safeguarding, health and safety, criminal record checks, qualifications and training.”

An alternative for teachers?

One in five teachers feels tense about their job all or most of the time, analysis by the National Foundation for Educational Research revealed in February 2019. Just under 40,000 teachers left the profession in 2016, often citing overwork, poor pay and stress. Some have invested in franchises that deliver tuition or children’s activities.

As with most tuition franchises, a teaching qualification is not essential for FCL franchisees.

Ed says: “We are looking for people who share our passion for education. You need excellent communication skills and a drive to succeed. Running your own business is hard work, but the rewards are great. You can run one or more FCL centres and we are launching a remote learning solution.”

“I was impressed by the franchise’s values”

Tracy Prescott was tired of combining her banking job with family life.

She explains: “I felt miserable dropping off my children at childcare and commuting into the office. I was missing my children growing up and resolved to do something about it.”

Tracy had heard of The Creation Station children’s art and craft franchise, investigated the opportunity and went to one of the company’s discovery days.

“I was impressed by founder Sarah Cressall’s obvious passion for the business and the franchise’s values - I knew I could work with them,” says Tracy, now the franchisee for Bolton West.

The Creation Station franchisees can buy licences for a wide range of classes aimed at all age groups, giving them multiple income streams. Tracy now offers classes and sessions including Tiny Treasures for newborns and crawling infants; Baby Discovery for children over six months; Little Explorers for children between 18 months and preschool age; Create Club sessions in a primary school; and Creative Crafters adult craft evenings.

“We also provide Care and Creativity sessions in care homes,” she says. In addition, Tracy offers Family Fun sessions during school holidays while caring for Elizabeth, seven, and Lucas, three.

Face-to-face classes were impossible during the lockdown, but Sarah provided live daily sessions on Facebook that could be accessed by anyone, while franchisees organised virtual activity classes for clients on social media.

“All the franchisees worked together to come up with ideas to maintain engagement - one of the benefits of being a franchisee rather than running a standalone business,” Tracy says.

“The lockdown raised issues, but we have come up with some positive solutions. Online classes may help shyer children get used to the idea of joining classes after the lockdown lifts. Longer-term, I think these virtual sessions will win new customers, as parents with children at home realise the value of creative craft clubs.”

Meanwhile, Tracy is looking forward to resuming her plans to expand into Arty Parties and delivering sessions in another school.

“The room to grow was a major selling point”

Mark and Joanna Butler invested in a Tutor Doctor education franchise in 2014 and swiftly became the fastest growing franchise in the business’ international network. They aim to hit £1m turnover by 2021.

Mark formerly ran his own stock photography company and Joanna had a podiatry business.

He says: “When we started looking around for other business opportunities, Tutor Doctor appealed to us as an extremely personal business idea, helping us to give back to our community. The room to grow was also a major selling point.”

The couple’s franchise started in Reading, now represents 160 qualified tutors, provides tuition to over 300 families in six areas across Berkshire and north Surrey and employs six office staff. It’s the best performing Tutor Doctor franchise in the UK and second in the world.

The couple were undeterred by the coronavirus lockdown: they were instrumental in the development of Tutor Doctor’s online tutoring platform.

“It enables tuition to continue while tutors and students stay at home,” Mark says. “They can see and talk to each other and written work can be annotated and corrected on screen. During the lockdown, it reassured people that tutoring can continue.

“We had already used it to deliver tuition to students on holiday and it can be used in bad weather and when students are too far away to make live tutor meetings economic. The system will continue, providing an extra source of revenue. It will never replace live tutoring, but it adds more flexibility to our service.”

“It was the solution to my search for a flexible business”

Yvonne Phillips started her Little Kickers children’s football coaching franchise 10 years ago when her two sons were young. Now she’s built it into a healthy business, with 12 coaches teaching 400 youngsters in over 30 classes.

Yvonne, from Coulsdon in Surrey, says: “I was in publishing, but wanted to start a business that allowed me to see more of my family and knew about the Little Kickers franchise, as it was founded by a friend. I watched from the outside for five or six years, but then realised it was the solution to my search for a flexible business.”

Over the years Yvonne’s experience has been that the children’s activities sector remains resilient, regardless of the economy: “My franchise territory covers wealthy and poorer areas, but I have seen that, regardless of the wealth of parents or the state of the economy, people want to invest in their children’s development. They will maintain spending on children’s activities as much as possible.”

The franchise reacted fast to the threat from the pandemic lockdown, which meant all classes had to be cancelled.

“At first I was worried, but head office quickly issued guidelines about what franchisees could do and how to maintain communication with customers,” Yvonne says. “Head office offered daily classes to customers on YouTube and franchisees were encouraged to deliver fun activities for customers through Facebook.”

For Yvonne, that included getting her sons to film activities that could be done in customers’ gardens. “We also ran competitions for children, such as spot the ball and design your own football boots,” she says. “It helped parents keep children entertained during the lockdown and the children clearly loved it.

“We only had a small handful of cancellations from parents and we’re still marketing our classes because we want to show people that we’re still operating and ready to resume our usual activities as soon as it’s safe to do so.”

You don’t have to be a football fan to be a Little Kickers franchisee, says Yvonne, but you must be self motivated, outgoing, able to communicate with children and parents and confident enough to sell your services.

And she adds: “You must be unafraid of making a fool of yourself in front of kids - they love it. I still do some coaching myself and want to see children end the sessions with smiling faces, which is rewarding for their parents and me too. I have built this into a £134,000 turnover business, but it’s still great fun.”