Does Panda Express franchise in the UK? 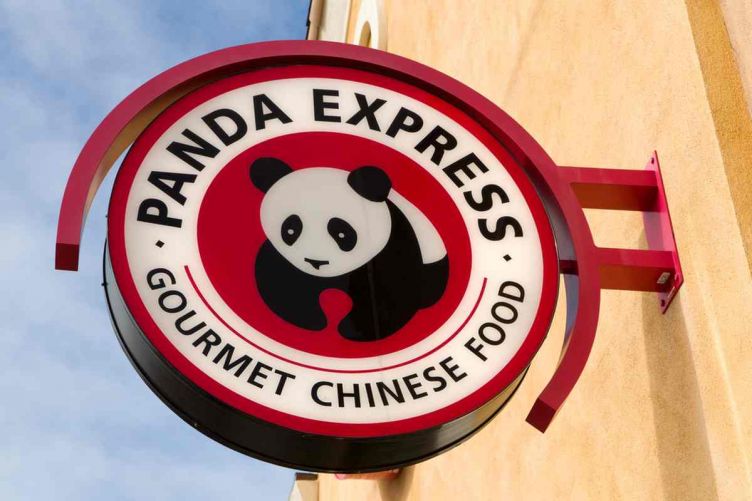 Did you know that Panda Express opened its 2,000th store on Broadway in New York in 2017? The most popular Chinese restaurant chain in the US also celebrated the 30th birthday of its signature Original Orange Chicken in the same year.

Are you interested in running your own franchise business? Keep reading this article to learn more about the Panda Express franchise and what types of opportunities are available for you.

A brief history of Panda Express
The initial idea for Panda Express stemmed 10 years before the first restaurant opened. The Panda Restaurant Group first started Panda Inn in Pasadena, California in 1973. The success of the Panda Inn sparked the owners to embark on new ventures, which led to the opening of Panda Express.

Founded in 1983 in Glendale, California, Panda Express has more than 30 years of experience and has received awards, such as a Golden Chain Award. Panda Express is America’s favourite Chinese restaurant. As such, it has generated over $2bn in sales since operating.

Not only does Panda Express operate in the United States, but it also has restaurants in Canada, Japan, Korea, Puerto Rico, and Saudi Arabia.

Another interesting fact about Panda Express is that it still is a family-run business. The company was first set up by Andrew and Peggy Cherng and although the couple is in their 60s, they still maintain full ownership of the business. Their two daughters also work in the business.

In the 90s, Panda Express almost went public and were going to provide franchise opportunities, however, they went against this decision. This was so that they could keep the business corporately owned.

Surprisingly, there aren’t even any Panda Express restaurants in the UK, even though there are restaurants in other countries, such as Canada and Japan. However, this isn’t to say that there won’t be. Panda Restaurant Group might have plans to extend to the UK - there’s certainly a market for Asian food in the country.

Just because there aren’t any Panda Express franchises to jump on board with, doesn’t mean there aren’t any Asian food restaurants with franchises in the UK. Before you decide which franchise is right for you, find out more about running a franchise, including how to buy one, how to meet your franchise requirements, and how to furnish your premises.

Similar Chinese franchise restaurants in the UK
Profitable franchises are important to the success of your business, which is why you want to be sure you find a franchise that is popular and well-known. Luckily, Chinese is the third most popular cuisine in the UK and we have a list of all the similar Asian restaurants that do have franchise opportunities.

1. Wok to Walk
Panda Express provides Asian cuisine with quick service, so a similar franchise in the UK is Wok to Walk. This franchise was first founded in Amsterdam in 2004 and has since become a well-established chain that operates across almost 100 locations worldwide. Wok to Walk offers a quick solution to delicious Asian cuisines, including healthy and varied meals.

Wok to Walk prides itself on using fresh supplies for its dishes, which are delivered daily, and using high-quality ingredients that don’t contain MSG.

Wok to Walk plans on expanding its fast-food restaurants and grow the brand. One of the places the brand is keen to expand is in the UK. Those who are interested in this franchise opportunity might also have the option of becoming a master franchisee and be in charge of multiple Wok to Walk restaurants.

To be a part of the Wok to Walk franchise, it’ll cost prospective franchisees a minimum investment of £100,000. Franchisees will also need to pay £45,000 in franchise fees. In return for this investment, franchisees receive an excellent training programme to prepare you for running your own business and expert advice and support throughout your time franchising with the company.

2. Wok&Go
Serving dishes inspired by multiple Asian countries, including Thailand, China, Japan, Indonesia, and Malaysia, Wok&Go provides the perfect Asian cuisine franchise opportunity. Wok&Go was founded in 2008, in Chester and since then has 18 stores across the UK. Customers can expect to find traditional noodle and rice dishes, soups, salads, and even ice creams, at this quick-service restaurant.

Wok&Go is renowned for cooking individual dishes once an order has been processed, which means customers can rely on fresh and nutritious food every time. The brand currently has stores in the North West, North East, Southern England, and Wales. Wok&Go are hoping to expand their brand into other regions including Manchester, London, and other areas in the South of England.

If you’re a qualified businessman or woman and looking to start your own franchise in the Asian cuisine industry this opportunity might be for you! The cost of investment for this franchise is £200,000, with an additional £20,000 for franchise fees.

In return for your investment, you’ll receive help with recruitment and staff training. You also get your own area manager who will visit the store twice a month.

A nice personal touch of the brand is that the customers can see their food being prepared by the chefs. This is because the kitchens are open and viewable from the seating area.

This popular brand has already cooked up a storm in Japan, South-East Asia, the US, and Australia, with over 1,000 restaurants worldwide. But now, the company has its sights on opening franchise restaurants in the UK.

The initial investment will cost franchisees between £225,000 and £500,000. For this investment, you’ll receive essential training. And the Marugame Udon team also provide your restaurant with regular appraisals.

When setting up your own Marugame Udon restaurant, there are three different options. Option one is a food court model (500+ square feet), option two is a street-front model (1,500+ square feet), and option three is a stand-alone model (2,500+ square feet). Franchisees can choose the model that is right for them based on their budget, preference, and ambition.

4. Bubbleology
Another popular Asian franchise in the UK is within the drinks industry. Bubbleology was first established in Soho, in London, in 2011, and has since expanded across Europe, North America, and the Middle East. The popular brand offers a wide selection of delicious hot and cold flavoured fruit and milk bubble teas, along with coffees and waffles.

Bubbleology is unique because they provide excellent products and services to its customers. They’re also focused on giving back to communities less fortunate. Bubbleology donates money to international programmes.

To become a franchisee at Bubbleology, you need to have previous experience in retail or in the hospitality business. The business also requires you to be passionate about their brand and want to ensure growth. You’ll also need to invest £120,000 to start operating your own business under the brand name.

In return for the investment, franchisees receive a range of training schemes, to ensure their business is working well. Franchisees also get the opportunity to regularly visit the headquarters in London. Here you can learn more about the brand and the products.

There are plenty of other franchise options. If you want to keep it in the hospitality business, discover these other restaurant franchise opportunities. However, if you decide you want to try your hand at a different franchise business, there are many other industries to choose from. For example, there are retail, gym, motoring, and lettings franchises.

So if you’re looking for an Asian restaurant to make your own franchise business in the UK, why not think about franchising with Wok to Walk or Wok&Go? Alternatively, there are hundreds of other franchise possibilities waiting for you.

Subscribe to What Franchise magazine for free, to receive five copies of a magazine. You can either choose a print or a digital magazine, both of which are filled with expert tips and the best franchise opportunities.