Franchises are offering a greener way of doing things 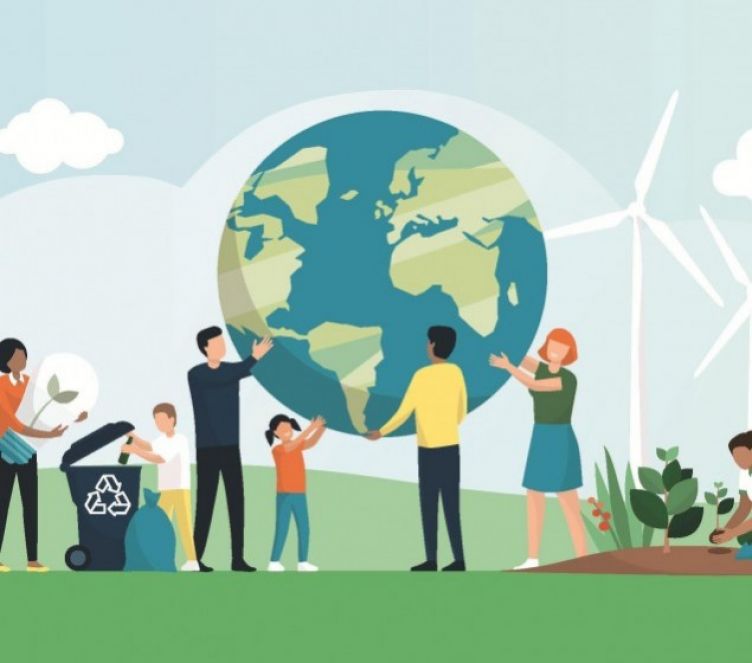 And with more people waking up to the importance of sustainability, demand for their goods and services is soaring

Climate change is a controversial subject in some quarters. But whether you believe in it or not, it’s generating an increasing number of franchise opportunities.

Extreme climate events, such as the record heatwaves and frightening floods of this summer, mean more people are waking up to the importance of doing things in new and sustainable ways.

That’s good news for the growth of franchises that offer a greener way of doing things, which are set to attract more customers.

There are an increasing number of them, but the most likely to take off are those that are riding the wave of the latest changes to greener and more sustainable lifestyles. Here are some sectors that look set for growth:

Garry Hunt from Rightbike in Petersfield, Hampshire, which has been trading for 20 years, is in the process of launching the Rightbike franchise.

He says: “This is a good time to get into the bike retail business, whether it’s electric bikes, road bikes or mountain bikes. Demand for bikes is soaring and there are lots of shop units available now.”

He’s got a good case: figures show e-bike sales are forecast to boom over the next three years, with predicted global sales of more than 130 million between 2020 to 2023, far surpassing the sales forecast for electric cars during the same period.

New lightweight batteries, slimline models that look almost identical to their manual counterparts and the fact they can be charged in a couple of hours without special power points (far easier than charging electric cars) are all feeding growing UK demand for e-bikes.

The 20-year-old initiative previously capped the value of bikes at £1,000. It’s a tax-saving way for employers to attract bike fans and the employee can buy the bike at a nominal sum at the end of the loan period, which means more bike sales.

“We were planning the official launch of the franchise in the autumn, but by July people had found the franchise online and approached us,” Garry says.

“Demand was overtaking dates, so we launched early and already have seven people who are interested enough to be seeking premises.”

As well as running a bike shop offering bikes for sale and hire, plus a repair service, franchisees can arrange bike tours. Rightbike plans to have a network of 20-25 shops across the UK in the next two years.

The franchise suits cycling enthusiasts who want a lifestyle business, running the shop themselves with a small team of staff, but it could also suit investors who want to employ a shop manager.

You don’t have to be an expert in cycling or have a retail background, as Rightbike provides training, Garry says. But he adds: “A love of cycling will not be enough - you must have a passion for creating a successful business too.”

Retail: back to the (sustainable) future

Not so long ago, going shopping meant grabbing a shopping bag, rather like a large gym bag, in which to bring your purchases home.

Often, they had a layer of mud in the bottom. Why? Because vegetables were bought loose, so the potatoes were simply tipped into the bottom of the bag. Likewise the carrots, onions, parsnips and more.

Anything else - sugar, butter, dried peas, tomatoes, meat - were sold in paper bags or wrapped to protect them from the mucky veg already in the shopping bag. The mountain of plastic trays and bags that results from a shopping trip today simply didn’t exist.

Well, welcome to the future. The latest trend in shopping is a return to buying things loose, which you put into your own containers - and there are already franchises that allow you to open shops offering this.

Franchises in this sector include The Refillery and The Source Bulk Foods. Both are seeking franchisees.

Kelly Wright founded The Refillery, a plastic-free and ethical grocery shop in Newington, Edinburgh, in 2019.

She says: “We’ve already opened our first franchise, in another part of Edinburgh, and another one is set to open in Yorkshire this autumn.

“I’m seeking more franchisees, but I’m very selective because I want to build a strong foundation for the franchise.”

Kelly’s former career was in food manufacturing, where she worked with retailers such as Sainsbury’s, Asda and latterly Waitrose.

“I’m looking for prospective franchisees who want to invest in a modern retail business, but are also passionate about helping advocate for a minimum waste lifestyle in their local community,” she says.

“Ideally, they should have a customer-facing background, perhaps in retail or hospitality.

“It will suit people who want to work hands-on in the shop, chatting with customers and swapping ideas, so it’s a lifestyle, rather than a purely management franchise.”

The pandemic threw the focus onto cleanliness, but more people and businesses are now demanding green and sustainable cleaning services. Green cleaning franchises stand to gain from the trend.

Jerome Rellis, managing director of green cleaning franchise Green Machine SW, says: “Over the last quarter or so, a quarter of our customers have come to us looking specifically for an eco-friendly contract cleaning service.

“While COVID has meant a massive increase in demand, customers are also looking to be green, which positions us well as we and our franchisees only use environmentally friendly commercial cleaning products.”

The Taunton, Somerset-based franchise currently has two franchisees and is looking to add another five this year. It only uses products that are non-toxic, non-chemical, PH neutral and biodegradable. All are EU Ecolabel certified.

“We’re looking for prospective franchisees who are go-getters with entrepreneurial skills, but who also have a commitment to using green products,” Jerome says.

The rise of the plasticarians

Plasticarians? Who are they? Turns out they’re people who refuse to use plastics. And if you haven’t heard of them yet, you will.

Shocked by the fact that the UK throws away an estimated 295 billion pieces of plastic waste every year, much of it single-use items such as cling film and food trays, more people are refusing to use the stuff.

Plastic Free July, a movement that started in Australia and aims to get people to give up single-use plastics, claims to have inspired an estimated 326 million participants in 177 countries and says 300 million people took part in Plastic Free July in 2021.

Whether you’re sceptical about these figures or not, there are already retail outlets that aim to serve the plastic-free market.

Life in a plastic free franchise

No plastic bags are provided and customers are asked to bring their own containers. Some of them turn out to be very strange.

“The strangest was an oriental-style vase. I even have a wall of fame of odd containers.

Olga Fatica has turned her love of the sustainable life into a business.

She opened The Refillery store in Edinburgh’s Corstorphine area in May this year, making her The Refillery’s first franchisee.

Olga says: “I used to live in a house in Italy with plenty of land and grew my own food, but when I wanted to take my knowledge of the sustainable life mainstream I returned to Edinburgh, where I’d worked as a library assistant, and invested in The Refillery franchise.”

Now her store sells loose dry goods such as lentils and beans, household and personal supplies such as soaps, loose frozen foods and fresh organic produce to customers who bring their own containers.

“We’re reducing single-use plastic, many of our products come from local suppliers and we run a deposit scheme for glass bottles, so it’s taking my interest in sustainable living to a much broader range of people,” Olga says.

“It’s not just selling. My two staff and I spend time talking to customers and suppliers, exchanging information and tips about sustainable living.

“Being a modern, clean, mainstream shop attracts a wider range of people who want to live a more sustainable life without having to do lots of research to find out how. This is an idea whose time has come.”

Richard Hastings thinks bicycle transportation is the future. That’s why he’s currently working towards opening his own Rightbike franchise in East Sussex.

After a 30-year career in IT, Richard wanted to run his own company. A friend had bought an e-bike and Richard was impressed.

“He says he can now get around London faster and more cheaply than in his car and now people are using e-bikes all over the city,” Richard explains.

“Cycling is no longer limited to eco-warriors and I don’t see it as a passing trend. I’ve also heard that Transport for London is offering help to employees to buy bikes and many of them are buying e-bikes. This is not a fad - it’s going mainstream.”

Richard is currently looking for premises for his shop with the aid of Rightbike’s Garry Hunt and Owen Pattinson, who has run his own successful bike shop in Petersfield, Hampshire for decades.

“This is my way of doing something practical about climate change, for me and my children, and it’s great to have support from experienced people like Owen and Garry, who have all the know-how it takes to run a successful bike business,” Richard says.

Brett Miller and Amy Whitehall decided to take the greener route to owning a business. They took their Green Machine SW commercial cleaning franchise live in May this year.

Brett says: “We use green products ourselves and believe they’re better for the environment, so when we decided to set up our own cleaning business we chose this franchise.
“The eco element certainly draws customers in and the products we use are safer for our cleaners, but that’s not enough - you have to deliver effective results and great customer service to succeed.

“We have experience in the hospitality sector and it’s clear to us that green cleaning services are the way forward now.”