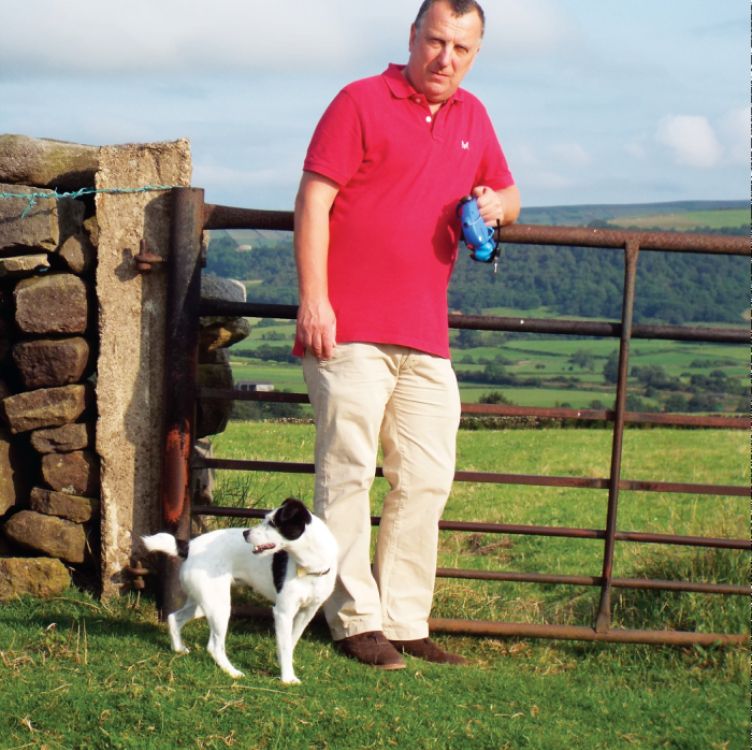 You can tell Mark Savage enjoys his position as a Dublcheck franchisee.

Having exceeded his own high expectations of reaching a turnover of between £60,000-£80,000 in his first year, his optimistic outlook and confidence about his role as part of one of the UK’s biggest cleaning franchises bursts out of him down the phone line, and he sounds happy with what he’s achieved so far.

The former care worker, who’d reached a high level after many years in the sector, was made redundant again in 2014 and, aged 54, figured there had to be a better way of making a living.

Already familiar with the concept of franchising, having done plenty of research into starting a business, Mark explains: “I had several options in mind and looked at a few different business ideas going forward, but it’s the risk factor you have to consider.

“The chances of succeeding in business by yourself are so much lower, while with a successful franchise network you have the support of a well known business behind you and so a much higher success rate. It’s a good formula.”

Mark attended a franchise exhibition at the Birmingham NEC in October 2014 and spoke to a few companies, but admits that it wasn’t until he got talking to someone over lunch about cleaning franchises and the huge opportunities they presented that he had what he calls “that light bulb moment”.

With the seed firmly sown, Mark followed up his NEC visit with some specific research into cleaning franchises - resulting in a shortlist, on which was Dublcheck.

“I looked at the support offered, considered all the finance details and obviously the return,” he explains. “And I narrowed it down to two. But I didn’t want to make my mind up to buy a franchise with a company until I met the team. After my initial meeting with Dublcheck, it all made sense and I decided this was where I wanted to invest.

“I liked their attitude. They seemed quite laid back, friendly, family-oriented [Mark has grown-up children and grandchildren too] and the Dublcheck business model appealed to me.”

With Dublcheck, new franchisees can choose a guaranteed initial turnover, which means they benefit from the security of a guaranteed gross profit.

Initial investment varies from £9,950 to £190,000 and after an initial training course franchisees receive ongoing training and support, access to branded uniforms, products, sales and marketing tools and stationery.

Mark chose to invest £29,950 initially, giving him a guaranteed turnover of £4,000 per month. Having spent years number crunching in his former industry, Mark knew he possessed the skills that would enable him to move forward fast and supplemented Dublcheck’s system of providing leads and contacts by doing some of his own networking.

“The salesman at Dublcheck and I had a good rapport and I pushed them to get more business for me,” Mark says.

The result of his hard work, coupled with the support of the Dublcheck team, was that he now has an annual turnover of £100,000, even though he only began trading in February last year.

Mark now manages a large team of cleaners. How many? “A lot, I lose count,” he laughs, as he reveals an impressive 17 cleaners in all and 32 contracts so far “with more in the pipeline”.

You get the impression with Mark that he’s a good man to work for, a characteristic that will stand him in good stead when it comes to finding more staff.

“I never ask cleaners to do anything I wouldn’t do myself,” he says, revealing that he’s donned a pair of Marigolds when necessary. “I always remember what Richard Branson said: ‘Clients don’t come first, employees come first.’

“If you take care of the employees, they will take care of the clients and that is how I run my business.” It’s a strategy that seems to be working well. I expect an increase of at least £50,000 over the second year and if we can double that, then brilliant.”

One gets the feeling talking to Mark that there won’t be many things that will stop him from achieving his goal.

Len Donnelly won the prestigious Overall Dublcheck 20th Anniversary Award. Since joining the Dublcheck network over six years ago, Len has amassed an annual turnover in excess of £325,000. To recognise his ongoing growth and outstanding quality service, Dublcheck awarded Len with a holiday for two at the luxurious Bellagio Hotel in Las Vegas.

Dublcheck’s success is deep-rooted in its proven business model, which sources contracts for its franchisees throughout the country. With more than 100 franchises in operation, Dublcheck is always looking to attract motivated people to join its national network. With a strong head office team on hand to assist and share knowledge, expertise and experience, franchisees are comprehensively supported from day one. Carol’s vision for the future is to build on 20 years of success by entering new markets with master franchisees in Europe, while continuing to attract committed individuals keen to join a thriving organisation in the UK.

Carol congratulated and thanked franchisees for maintaining Dublcheck’s values and for providing exceptional customer service standards: “We can’t thank our franchisees enough for sustaining our reputation as a high quality and committed organisation. We look forward to even more exciting and prosperous years ahead.”

Dublcheck is the franchise where you don’t need to be able to sell. The company obtains all the business for you, so you know exactly what turnover you will reach. You can start with the minimum turnover of £14,950 per annum if you want to run your business hands on and start small while retaining the security of your current position, or you can purchase up to £500,000 per annum if you want to run a management business. However, there is no upper limit.

The variable investment levels offered by Dublcheck allow franchisees the flexibility to run a hands on business, a partly managed one with some hands on involvement or a wholly managed business, depending on the skills, ambitions and work/life balance requirements.

Whatever your background, investing in a Dublcheck Commercial Cleaning Franchise can make you a success. Dublcheck’s approved training programme will make you a professional in your field. Having been in the business of setting people up in the commercial cleaning sector for 20 years, Dublcheck knows how to deliver. Not only does the company’s head office walk you through a full training course, but it also goes the extra mile and obtains cleaning contracts for you.

“The commercial cleaning sector is a massive industry worth over £3 billion,” says Carol. “This is a really exciting opportunity for franchisees because the growth and profit potential can be maximized using the experience, knowledge and systems we have developed. Just think of all those buildings out there that need cleaning.”

Dublcheck is the UK’s leading franchised commercial cleaning company and has been recognised as the 20th fastest growing company by Virgin Fast Track and The Sunday Times. With over 100 franchisees, Dublcheck is still a wholly owned British company.

“If you put in the effort and follow the Dublcheck system, the rewards are there,” says Carol.

“In 2011 I took my turnover up to £250,000 and I’ve achieved 10 per cent growth year on year, even through this so called recession.” Larry Bainbridge

“When joining Dublcheck I was attracted to its guaranteed turnover promise and I’m pleased to say the proof is definitely in the pudding.” Graham Coulston Herrmann

“The personal benefits of owning our Dublcheck franchise are fantastic. We have a three year old daughter and, as we work from home, it offers excellent flexibility.” Jolanta Lavernova

“Since I became a Dublcheck franchisee my work/ home life balance has improved a great deal. I spend more time with my wife Sue and see more of my six grandchildren - time is precious.” Len Donnelly