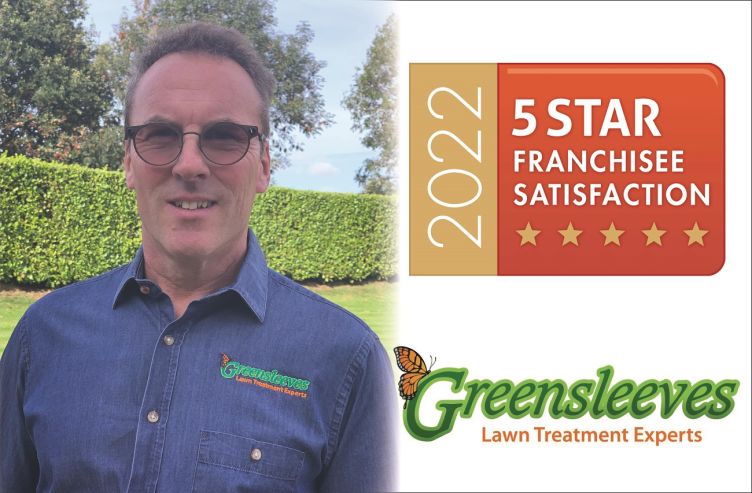 WorkBuzz invited Greensleeves franchisees to rate their franchisor, its products and services and its infrastructure. The results of this survey produce a benchmark of satisfaction scores, and high-scoring franchises are then in the running for awards held later in the year. Greensleeves achieved a record-breaking network turnover for the second year in a row in 2021, something which the horticultural franchise attributes to its great relationships with its franchisees. As well as receiving 5-star franchisee satisfaction, Greensleeves’ good rapport with its network can be demonstrated by every franchisee re-signing for another term as they enter into their renewal period.

Just as importantly, if not more so, is that a whopping 94 per cent said they felt Greensleeves understood if franchisees are successful, it will be successful.

David Truby, managing director of Greensleeves (pictured), said: “What an unbelievable start to 2022! We are delighted to receive the WorkBuzz 5 Star Franchisee Satisfaction Award again – it is a great tribute to all the head office team at Greensleeves and the fantastic work they do. We have worked hard during these challenging times to expand the network, maintain our standards, and create a brand people are proud to be part of. I’m thrilled to see our efforts reflected in the report and it’s a real credit to all the team here in head office who support our franchise partners.

“After the WorkBuzz survey results last year, we identified areas where we could improve and as a result, we have worked hard to address these issues over the past year. Communication was an area we decided we wanted to develop, especially with the pandemic throwing up challenges around meeting franchisees face-to-face. We enhanced and added to our communication by providing our franchisees with more Zoom meetings, regular question and answer sessions and introduced a new franchise forum. It’s amazing to now see all of our hard work paying off.

“We’re proud to receive a 97 per cent score from our franchisees agreeing our team is willing to go the extra mile, but we won’t be resting on our laurels any time soon. There’s still plenty we can do to ensure we continue to provide our network of over 100 franchisees with the tools to succeed over the coming year.”