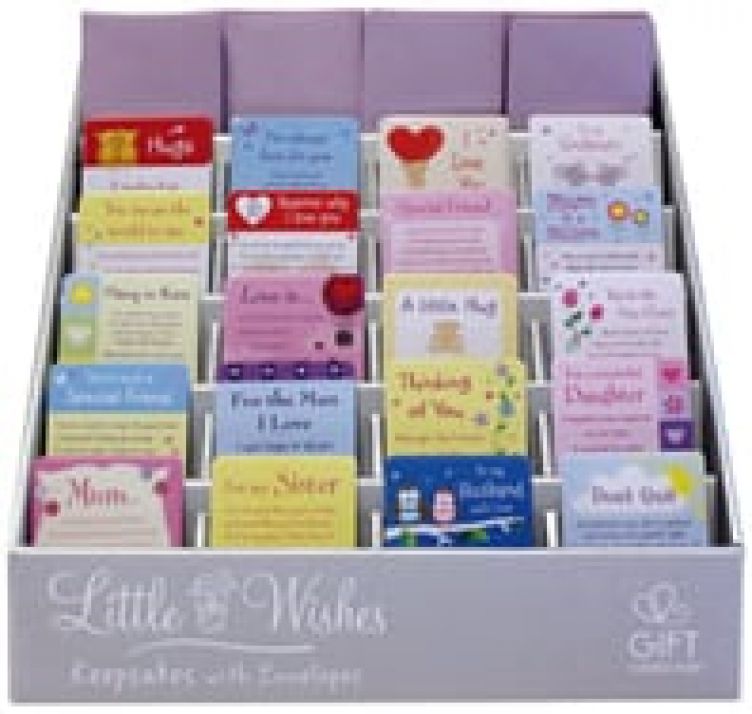 The greeting card publisher, which has UK-wide franchise coverage, has announced that three of its established territories are up for sale.

Managing director Michael Johnson explains: “Because of the longevity of our operation, with some of our franchisees having run their businesses for more than 15 years, the chance to buy a Card Connection franchise is pretty rare.

ESTABLISHED
“Areas that have recently become available for sale due to retirement or personal reasons include Kingston upon Hull, Southport and Ayr/Kilmarnock, all of which represent the prospect of buying an established franchise business that will earn money from day one.”

According to Michael, Kingston upon Hull is a substantial territory that stretches from the east coast to Doncaster and is centered in Hull.

He adds: “It has been thoughtfully managed by the current franchisee and has a well balanced existing account base that has shown excellent loyalty to Card Connection over the years.

“It would be ideally suited to a hardworking couple, as it holds further development potential.”
Card Connection’s Southport franchise is for sale due to pending retirement.

PROACTIVE
“The territory consists of almost 100 retail customers, which are evenly split between national account and independent stores,” Michael says.

“Ayr and Kilmarnock in Scotland is an extensive territory and is only for sale due to health reasons.

“All these franchises offer scope for growth and an opening for proactive individuals to increase the account base and maximise the full potential that currently exists.”

Through its franchisees, Card Connection supplies around 12,000 retailers throughout the UK.

Start your own Card Connection franchise

Send a free enquiry to Card Connection for further information!

Start your own easyHub® franchise

Send a free enquiry to easyHub® for further information!