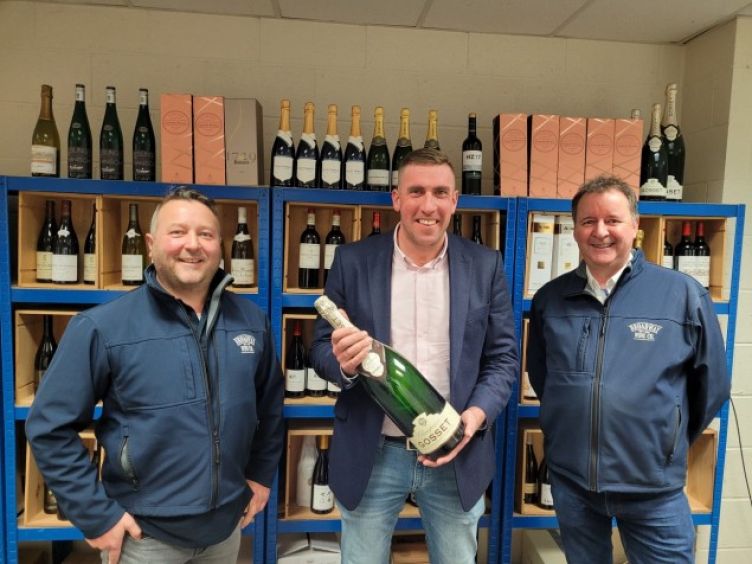 In line with its current strategy, Taylor Made Franchising has become part-owner of yet another small business to help it become a successful franchise operation.

Following on from acquisitions of Iconic Window Cleaning and Mister Tacho Ltd, the group has also recently become a part-owner of Broadway Wine Company and will begin the process to offer it to the public as a franchise opportunity as soon as possible.

Broadway Wine Company supplies wine to hotels, pubs, restaurants, independent retail stores, and ‘symbol group’ supermarkets. It was founded by James Kemp in 2009 and Doug Brown joined the business in 2014.

Darren Taylor, managing director of Taylor Made Franchising said: “The team and I are excited to welcome James and Doug to Taylor Made Franchising and we share their enthusiasm to begin the franchising process. My team and I are highly experienced at franchising. I started as a franchisee myself, so I know what it is like to be on both sides of the table. Together we will supply them with everything they need to franchise their business, show them what to do and most importantly, what not to do. We will be with them every step of the way – their success is our success, so we’ll be putting our shoulder behind the wheel, as we do with all our franchises, to make sure they succeed.”

In an idea developed by Darren, a company that wishes to franchise, sells a part share to Taylor Made Franchising, in return for Taylor and his team turning their business into a fully operational franchise organisation. If after a contractually agreed length of time, key criteria are not met, for example, agreed number of franchises are not sold, shares are returned to the owner and the partnership ends. The deal is seen as a win-win situation by would-be franchisors, as the risks are minimal whilst being supported by highly experienced staff.

Doug, who is Level 3 qualified by the Wine & Spirit Education Trust (WSET) and director of Broadway Wine Company, has worked for some of the largest wineries around the world including Rosemount Wines (Australia), Jackson Family Wines, (California) and Giesen Wines, (New Zealand).

“We know we have a great business model. We supply some great wines and we’re excited to franchise with Darren and his team. James and I have a huge amount of experience in the wine trade which we are looking forward to sharing with our franchisees. Yes, the market is competitive, but it isn’t saturated. The wine and spirits sector generates £49bn in economic activity in the UK, with 81 per cent of adults that drink alcohol, drinking wine,” said Doug.

Co-director James continued: “We don’t need our franchisees to know about wine, we can and will teach them everything they need to know but we do need them to be robust and resilient salespeople who are great with customers. Our franchisees will also be able to supply direct to the public; something we found has been very successful for us, particularly over the last two years. We also run a VIP wine club for our customers which is very popular.”