Behind the scenes with a new ChipsAway franchisee 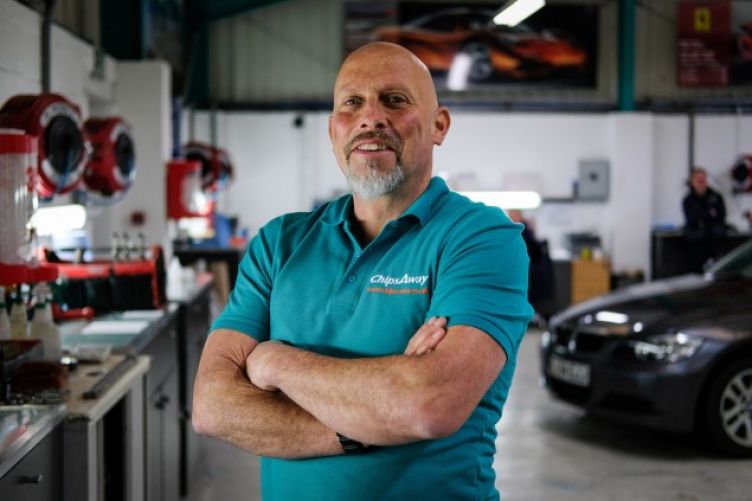 Andy Hobbs was frustrated in his sales job. He was working every weekend and every Bank Holiday, while his boss didn’t show any appreciation for his hard work.

His children were growing up and he didn’t want to just work, work, work. Andy wanted to have a life!

He looked at a few different options, but the numbers didn’t stack up. Andy could see he’d have to work long hours to make a living - which wasn’t what he wanted. Then he discovered ChipsAway.

“What I like about it is the freedom it gives you,” Andy says.

“You’re under no pressure at all. You come out to people’s houses and people are generally very nice.”

“It’s a better level of leads than I expected. On my first day, I went out and did five quotes, booked four that day and booked the other one later. Right now I’m booked up with work for the next three weeks.

“It’s a good lifestyle - I’m thoroughly enjoying it - and it’s a good company to work with.

“Although you’re on your own day to day, you feel like you’re part of an important team. And the support you get is absolutely brilliant.”

Just four months in, Andy was already earning approximately the same as he did in his previous job - without the hassle of an ungrateful boss. And he was getting more quality time with his kids at weekends.