Blossom Home Care’s franchise manager sets up as a franchisee 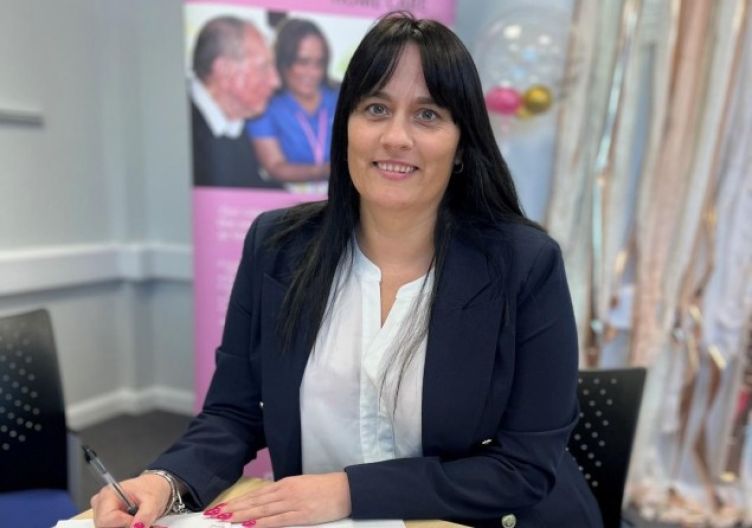 Carri Walters, the franchise manager of Blossom Home Care, loves the network and the business model so much that she’s investing her own money in it to become a franchisee. She’s about to run Blossom’s new venture in Harrogate – and she’s retaining her role as franchise manager.

Alongside Blossom’s co-founders John and Fiona Leggott, Carri’s the driving force behind the network’s expansion and is responsible for helping franchisees adhere to the proven and highly successful business model.

As one of the main points of contact for franchisees, Carri spends her time supporting and encouraging them – and, as a result, she knows everything there is to know about being a Blossom Home Care franchisee.

So the fact that she’s putting her own money and time into becoming a franchisee herself is a testament to the strength of the Blossom business model.

“I couldn’t resist it,” says Carri. “I’d know better than anybody if it were a bad investment or a poor business model, so I’m putting my money where my mouth is and can’t wait to get started.”

Like Blossom co-founder Fiona, Carri served more than 20 years in the homecare sector before joining Blossom – and she didn’t like what she saw. “I knew there had to be a better way of delivering care,” she says. “I can’t even find words to describe some of the things I witnessed.

“Then I discovered Blossom and realised it had found a solution to the problems that used to make care-at-home such misery for clients and carers. Instead of whistlestop appointments that don’t give the carer enough time to achieve very much – and certainly don’t give them time to deliver proper, human, personal care – Blossom insists on homecare visits of at least 50 minutes.

“That means carers have time to give the client the help they need as well as having a chat over a cup of tea if they wish – and because Blossom also pays its carers better, they stay loyal to the company and get the job satisfaction they joined the sector for.

“Blossom’s special, too, for offering its services in areas that are too sparsely populated to interest the corporate care companies.”

With such a huge job already as franchise manager, Carri will be opening the Harrogate franchise with her partner Darren, who’s giving up his career to support her new venture.

And Carri admits, with a laugh, that she has no intention of stepping away from her role in the network she’s helped to build as she loves to be there to see things are done to the very high standards she sets and upholds.

“I’m so looking forward to becoming a franchisee,” she says. “Franchisees put such a lot of trust in the people who run the network they buy into, so it will be good for my fellow franchisees to see that I, too, have great faith in the business model and want to be a part of it, just like them.”