Franchising is strong in the diversity stakes 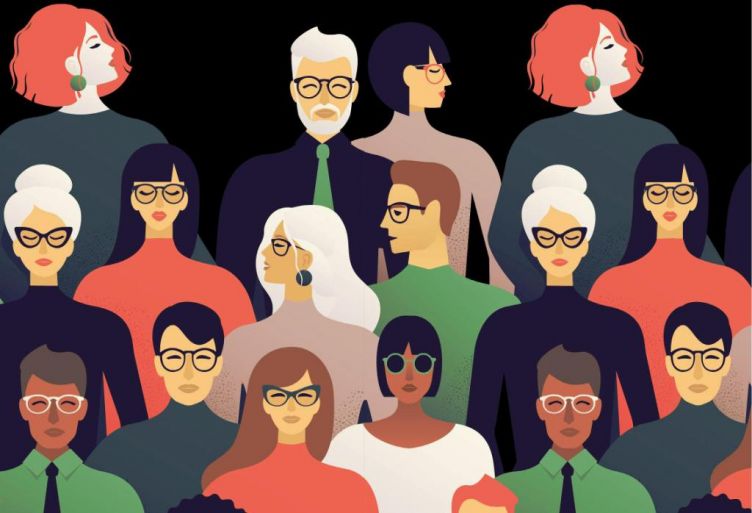 Diversity has become a buzzword in recent years, but it’s far more than just a trend. As demographics within the UK workforce constantly change and new international markets continually emerge, diversity in franchising has become increasingly important.

Diversity is about access, fairness and equality for everyone, regardless of what ethnicity, age, disability, gender and sexual orientation they are. But rather than being just a banner some companies wave to prove a commitment to embracing difference, diversity has become a necessity in business - and franchising is no different.

Research from business consultancy McKinsey & Company reveals that organisations with higher gender and ethnic diversity were more likely to outperform those that did not.

Business in the Community is a business-led membership organisation dedicated to ‘responsible business’. In partnership with the government, the organisation launched the Race at Work Charter, an initiative designed to improve outcomes for black, Asian and minority ethnic (BAME) employees in the UK.

Employing people of all races, ages and backgrounds can breathe new life into a franchise, industry experts say. More women and young people than ever are also entering the franchise sector, with one in five franchisees who started a business in the past two years being under 30.

“It’s a wonderfully positive time for women and young people in the franchise industry,” Helen Mansfield, managing director of Encouraging Women into Franchising, says. EWIF holds regular regional meetings, an awards ceremony and an annual conference where women from various sectors, both inside and outside of the franchise industry, can meet and network.

Helen adds: “In the past two years, 52 per cent of all new franchisees under 30 have been female and over the last 10 years we’ve seen a massive increase in the number of women starting their own businesses through franchising.

“Women bring their own skill set and character to the table. Some bring a softer approach in dealing with people and a more empathetic standpoint that balances out the boardroom. Women are more risk aware and bring a different perspective, weighing up decisions and analysing issues in a different way.”

At the core of all our decisions

Joshua Barker, head of marketing at multi brand franchisor Neighborly, says: “We prefer to speak about inclusivity rather than diversity at Neighborly and view it not just as the right thing to do, but at the core of all our decisions. Our commitment to being inclusive is enshrined in our company’s code of values and permeates our entire organisation.

“We also want to attract the best possible people when it comes to recruiting employees or franchisees, regardless of their ethnicity, disability or gender identity.”

To achieve its goal of creating an inclusive franchise community, Neighborly is working towards a culture that reflects the interests, contributions and values of members of diverse groups, according to Joshua.

“When you put people in boxes, it can feel demeaning - discrimination is still discrimination, whether it’s positive or negative,” he says. “The nature of franchising is founded on the ability to run a successful business and if franchisees have the right skill set and show strong leadership, that is what really matters to us.”

Pip Wilkins, CEO of the British Franchise Association, points out that franchising is forever evolving, with nearly double the number of franchise systems in the UK compared to 20 years ago.

“The bfa recognises the needs for diverse models to facilitate the commitments and needs of prospective franchisees, such as the growing number of franchising systems that can be operated from home,” she says.

“The bfa understands the importance of developing opportunities for women in business, for example, which is why we created the bfa flagship event Empowering Women in Business seven years ago to bring together like-minded women who can all benefit from each other’s experiences and expertise.”

According to the 2018 bfa NatWest franchise survey, while around 70 per cent of franchise owners are male, 65 per cent of those employed within franchise units are female.

“It’s essential we provide a platform for women to lift each other higher and combat the lack of women in leadership, which is why we created EWIB,” Pip says.

Strong in the diversity stakes

Stephen Worley, senior director of communications at the International Franchise Association, believes the franchise sector is particularly strong in the diversity stakes.

He says: “On a macroeconomic level in the United States, racial and ethnic minorities, women and sexual minorities still face challenges, particularly when it comes to hiring and wage issues. But franchise businesses are ahead of the curve on many of these issues, with more equitable hiring and wage practices and greater numbers of diverse franchise business owners and employees.”

“As a whole, the US is getting more diverse, not less,” Stephen says. “Some may see this as a challenge, but it’s as an opportunity to create a diverse and dynamic talent pool for jobs and careers at all levels that truly reflects society. Franchise businesses, like all businesses, are looking to serve the customer first and their employees should reflect the diversity in background and beliefs of the customer.”

The best approach for franchisors

To make their recruitment process more reflective of society, franchises can put a range of procedures in place, Rachel Saunders, director of Business in the Community, says.

“The best approach is to measure diversity in the organisation and then set targets”, she recommends. “Franchises can monitor the recruitment of women, ethnic minorities and older workers, using the data to identify gaps and barriers in the recruitment process to ensure it is more inclusive.”

Franchising remains one of the most successful routes to business ownership, enabling hard-working, entrepreneurial individuals to fulfil their ambition to become their own boss - whatever their age, cultural background, gender or ability.

As Pip Wilkins says: “Franchising allows people of all cultural backgrounds, religions, genders and experiences the opportunity to live out their dream of being a business owner.”

An attractive proposition for the younger generation

A spokesperson for Subway told us: “Diversity in Subway’s franchise owners is key and an important part of owning a Subway store is being part of the community and identifying with those around them.

“There isn’t one type of person that makes a good franchise owner - they come from all walks of life, genders, religions and nationalities. What they have in common is their drive, ambition and entrepreneurial spirit.”

Will Bray is the latest in a growing number of millennials to invest in the franchise, with two stores under his belt at the age of just 24. He studied agriculture and business studies at Newcastle University. But within months of graduating and with some financial support from his father, Will became the franchisee of a Subway store in Bath in August 2016. A second store in the city followed in May 2018.

Subway offers millennials all the training and support they require to build a profitable business. “This makes the franchise an attractive proposition for the younger generation, who may want to run their own business, but don’t have the experience to do it alone,” a Subway spokesperson says.

“Being part of a well known brand and being able to take advantage of everything Subway has to offer, from marketing to brand awareness, gives young people confidence to enter franchising with the support of a good company behind them.”

Will says: “The training was good fun and I was in a great group, many of whom were from different countries in Europe. We’ve stayed in touch and it’s great to hear from them and learn about their franchise experiences in their home countries. I’ve even had the chance to visit one of my fellow trainees in Amsterdam.

“I enjoy being my own boss, in charge of my work-life balance and my longer term future.”

We relocated to the UK to invest in a franchise

Alex Waite, director of franchise recruitment at kitchen makeover company Dream Doors, says: “Our recruitment policy is focused solely on finding people who are willing and able to run their own kitchen showroom and drive it forward using our tried and tested business model.

“It takes a broad range of skills to achieve that, but that’s the only factor that really matters when it comes to who is right to do the job. “Dream Doors customers live all over the country and come from diverse backgrounds, so it makes sense that franchisees should reflect that diversity.”

The business turned over almost £250,000 in the first three months of 2019. “Because we were moving from South Africa, we didn’t know the local trading conditions and we didn’t have any contacts here, so it made sense to join a franchise network,” Hayley says. “We feel the franchise market in the UK is very mature.”

Alex adds: “Many of our successful franchisees first learned about Dream Doors by seeing our customer advertising, so it’s only natural that the country’s diversity is reflected in our applicant pool.”

Appealing to all cultural backgrounds

When husband and wife team Chris and Andrea Rai began selling spicy Indian wraps at UK music festivals such as Glastonbury and Bestival in 2007, they could not have foreseen just how successful the concept would become.

Inside the wraps were the authentic curry recipes Chris had grown up with, made by his mother Martha - and their instant popularity cemented the launch of the Chapati Man brand.

Chris and Andrea were both in full-time employment to begin with, with Chris leaving his job as a civil servant in April 2009 to fully concentrate on building Chapati Man, with the support of Andrea, a former textile designer and now full-time mother to their son, Cassius.

“We built the Chapati Man business, concept and brand before going down the franchising route and launched the franchise model in summer 2018,” Chris explains. The couple were contacted by The Franchise Company initially, which believed it was a great brand and concept. “They assisted us with building our franchise model and Mashud Choudhury is still our franchise sounding board,” Chris says.

He adds: “Franchising is about obtaining franchisees who have the knowledge, skills, passion and vision of a business to make it a success and that means attracting people from all cultural backgrounds and walks of life.

“Franchising is extremely hard work. It takes a great deal of time, effort and investment to make it a success and there is no quick fix. We have sold Chapati Man master franchises for New York and Sri Lanka, along with the franchise rights for London, in our first year of franchising. These are huge achievements, but there’s still a great deal of hard work ahead, with Chapati Man definitely on the right track.”

Catherine Eade is assistant editor of What Franchise.