The latest trends in the franchised food and drink sector 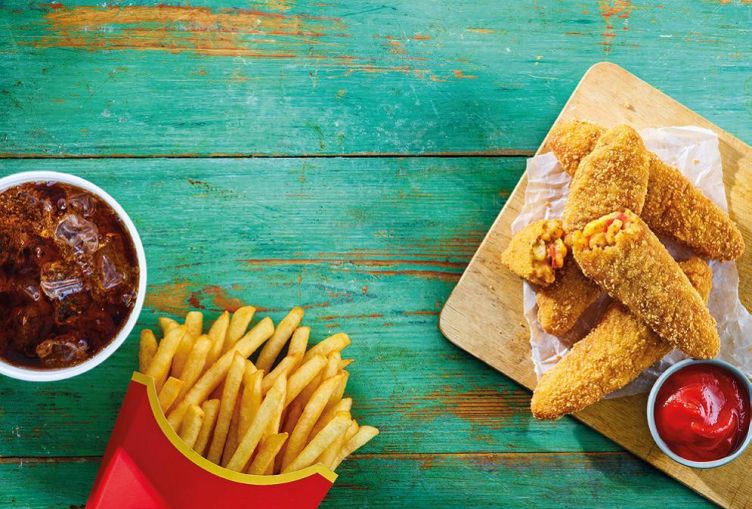 What will you be eating this year? Fashions in food change all the time and clever franchise operators ensure they keep abreast of the latest food trends.

Catering to the public’s ever changing food tastes is essential if a food franchise is going to compete effectively and grow its market share, so if you’re considering getting into the food and drink sector with a franchise take a careful look at food trends and check out which franchises are keeping up with them.

It’s well known that the failure rate among food outlets is high, but a carefully chosen franchise that is flexible enough to alter its offering to suit customers’ changing tastes can increase your chances of success.

So what are franchises offering to ensure they cater to the latest food trends?

So now a growing market has been identified, it’s not surprising that food franchises want to get aboard this trend because dishes without meat can be cheaper to produce.

Lin Arigho-Dickens, marketing director at contract caterer Bartlett Mitchell, says: “The beauty of vegan food is that it’s often cheaper than meat-based food, giving consumers and our business clients savings across the board. According to research by the Journal of Hunger & Environmental Nutrition, a meatless diet has been found to be generally £570 a year cheaper.”

Jonathan Phillips, co-founder of the Humpit hummus and pita bar franchise, says: “We are the only 100 per cent plant-based food franchise in the UK. The trends for vegan and Middle Eastern foods are driving a bulge in customer numbers for us and we’re seeing more returning customers too.”

Humpit now has six franchised outlets in the UK and is aiming to open another 10 this year.

Meanwhile, some of the most unexpected franchises are getting into the vegan market.

McDonald’s launched its first-ever vegan meal in January this year in the shape of veggie dippers, made with red pepper, rice, sundried tomato pesto and split peas surrounded by crispy breadcrumbs and served with fries. Both dippers and fries are approved by The Vegan Society. Dippers can also be ordered as part of a Happy Meal aimed at children.

Thomas O’Neill, head of food marketing at McDonald’s UK & Ireland, said when they were launched: “In the last 12 months we’ve seen an 80 per cent uplift in customers ordering vegetarian options at McDonald’s, so it’s time for the brand famous for the dippable McNugget to launch a dippable option for our vegetarian, vegan and flexitarian customers.”

This is just the start though. Clare Every, Papa John’s newly appointed chief vegan officer, says: “We’re excited to launch the extended vegan offering and we’re expecting the new additions to the menu to be a huge hit.

“With recipe innovation at the core of the brand and more people than ever adopting a vegan lifestyle, the latest launches are only just the beginning, with more exciting and innovative dishes launching later in the year.”

And this is not just about traditional UK fish and chips.

Slapfish, founded by US celebrity chef Andrew Gruel in California, opened its first international franchise location in late 2019 in London. Its menu includes lobster taquitos, shrimp ceviche and fish tacos. It plans another 25 locations in the UK.

Aly Esmail of SME Group, which already operates nearly 100 other food franchise locations in the UK, says: “We knew the timing was right to bring Slapfish across the pond.”

Both of these cater to the trend for healthier, cleaner eating. Figures from food industry analysts CGA and AlixPartners showed that in the five years to December 2018 Thai restaurant numbers increased by 123 per cent and Japanese restaurants by 44 per cent, so it’s clear that the taste for these cuisines is growing.

There are not many Middle Eastern or Lebanese food franchises in the UK yet, but given the popularity of Lebanese food and meze, its emphasis on fresh ingredients and the number of vegetarian and vegan dishes it includes, it’s likely to be a growth area So far, Humpit seems to have the franchise market for this food to itself in the UK, but The Hummus & Pita Co, a US-based franchise, is looking for master franchisees here. Its 100 per cent home-made food gives a nod to Greece, Israel, Morocco and the Middle East, but you’ll need to have a net worth of around £800,000 to bid for a master franchise.

Food outlets are currently at pains to point out that their raw materials are sustainably sourced and they are reducing the environmental impact of their business. If this is one of your concerns when looking for a franchise, there are plenty that will be happy to provide you with details about what they’re doing.

Cafe2U, the mobile coffee and snacks franchise, whose franchisees serve workplaces and events from customised vans, is hot on the sustainability trail.

Martyn Ward, CEO of Cafe2U UK, says: “In 2020, we will be investing heavily in our green credentials, building on the ongoing research into recyclable cups and our recent trial of moving our vans from diesel to battery power. “We are determined to lead the way in the field and with 2020 set to feature our third annual Green Coffee Week, it will be a key focus for us in the year ahead.”

Meanwhile, Papa John’s is supporting bee conservation while introducing an unusual new flavour combination to its latest pizza, which it tried out on real bees. To celebrate the launch, the brand created the world’s first ‘Beezza’ - a tiny pizza designed exclusively for bees.

Giles Codd, UK marketing director at Papa John’s, points out that the bee is the most effective pollinator of tomatoes, essential to making pizzas.

“Bees are fundamental to the making of pizzas, so we wanted to create one perfect for them while raising awareness of the well-publicised issue of declining bee populations in the UK and across the globe,” he says.

“We hope the new Bee Sting pizza goes down as well with our customers as the Beezza did with the bees.”

Trends don’t just encompass what we’re eating, but where we are eating it too.

Research by trade association UKHospitality and analyst CGA has found that the home delivery market is booming. In the last six months of 2018, figures showed that 58 per cent of the UK’s adult population had food delivered to their home.

Food franchises that offer home delivery alone or as an option to customers alongside eating in are many and varied. There’s even a franchise that allows you to set up a home delivery business, without having to own a food outlet.

The One Delivery fast food and restaurant delivery service franchise is now up and running in 65-plus UK cities and delivers food to customers from a variety of outlets, including household names, national chains and independents.

If you want to grow a food empire fast, there are numerous franchises that can help you achieve your goal.

The franchise model lends itself to opening new outlets quickly, especially in the fast food sector, and franchisors are always keen to help a successful franchisee expand their business by opening new locations.

There are savings to be had for multi-unit franchisees, as the one central office can serve several locations and supplies can be bought in bulk, thus keeping costs down.

“Before you take the plunge, get some experience on the shop floor”

A way of life

When Paul Lewis decided to set up his own restaurant after a long career in the catering trade, he chose to invest in a Humpit franchise, selling vegan Middle Eastern food based around hummus and pita.

Paul, whose previous experience included being a head waiter at Claridge’s, the historic five star hotel in London’s Mayfair, running banquets at The Oval and Lord’s cricket grounds and managing restaurants, now owns a Humpit outlet in Brighton on the south coast.

“My years of experience in the business means I understand the current trends and what today’s customers are looking for,” he says. “There’s a huge amount of competition in the restaurant business, but it doesn’t bother me because if you know you’ve got the right offering in the right place at the right time, you have nothing to worry about.”

Paul has been a franchisee for five months in a small store of just over 300 square feet.

“I chose Humpit because it offers a good product, good prices for customers and because it’s growing fast - Humpit has gone from zero to 13 outlets in five years,” he says. “I’m looking to open a second outlet already.”

Paul advises others considering getting into the restaurant or takeaway business: “It’s easier to start with a franchise than going it all on your own because you have a ready-made business model to follow and the backing of an experienced operator behind you.

“Look at the current trends in the restaurant market, research the franchise and the market as a whole and before you take the plunge get some experience on the shop floor, perhaps as a waiter. It will give you an invaluable insight into the business and what customers look for.

“Finally, expect to work very hard, especially at first. The restaurant trade is not a job - it’s a way of life.”

Cashing in on the demand for food delivery

Amit Abhol (Rana) is benefiting from several of the major trends in the food sector as a franchisee with Papa John’s, which makes and delivers pizzas.

He’s cashing in on the trend for food delivery and the help of the franchisor when it comes to opening multiple outlets. Papa John’s new vegan pizzas will help him expand his customer offerings.

“I had previous experience in the fast food sector, having been employed by a rival firm, based out of Northern Ireland, where I worked my way up from taking phone orders to regional operations director over 15 years,” Rana says.

“I moved to Papa John’s as it offered the opportunity to run multiple stores. Over the years, I’ve learned this is a people business, so I’m delighted to be working with our new local staff.”

Discussed at the interview stage