Young entrepreneurs can go from degree to franchisee 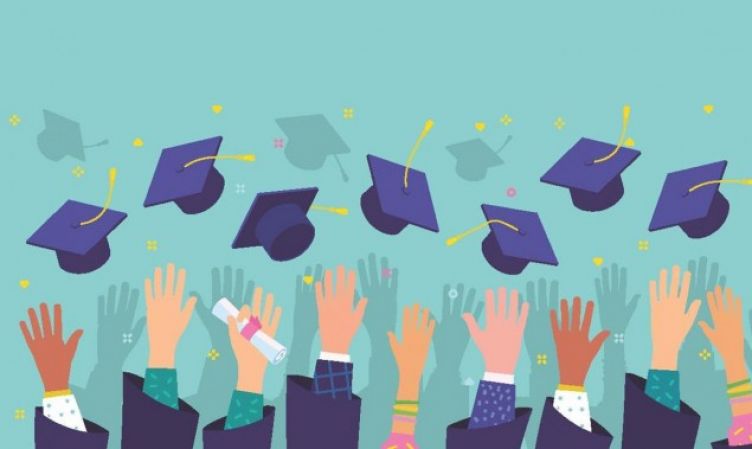 The number of young entrepreneurs is growing. 2020 saw a 15 per cent increase in the number of young people starting their own businesses over 2019, research by government business initiative Innovate UK shows.

However, too few young entrepreneurs know about the franchising route into business ownership.

Here’s how it works: the franchisor (the company that runs the franchise) sells you (the franchisee) the right to run your own outlet using its brand, proven business model and operations techniques.

Many well-known brands are franchises, including Dyno-Rod, Domino’s Pizza, The Wheel Specialist and hundreds more in many business sectors.

Becoming a franchisee involves an investment, but it can be a faster, less risky way into business. Most business degrees do not provide much information about the franchise model, but more young people are investing in franchises. At least one in five new franchisees is under 30, according to the British Franchise Association.

Julie Waites, consultant and recruitment specialist with The Franchise Company, says: “I would definitely recommend franchising as a route into business for graduates, as it’s a good way to start in business without any previous business management experience.”

Worldwide express courier service provider InXpress offers a ‘Young Guns’ franchise package aimed at graduates with business degrees. InXpress global CEO Mark Taylor says: “When I was 20 and about to graduate, I didn’t want to work for some corporate organisation, becoming a slave to the 9-5 for someone else’s benefit.

“I was introduced to franchising as a way to make the most of my life while making a difference in others. This is what we offer graduates through the Young Guns programme.”

Graduates who pass suitability screening are offered three months of paid work with an existing franchisee, so they can learn the business from the inside and then if they continue to meet the InXpress criteria, are offered a franchise at half the normal price.

“Graduates’ skill sets and high levels of enthusiasm lend themselves to running their own health club.”

At toddler football franchise BabyBallers, business development director Chris Elms says: “With many graduates struggling to find employment at the moment, franchising can be a good alternative to starting a business on your own.

“We provide unlimited support and training to those who have the right talent, ambition and passion.”

• Franchisors do not expect you to have experience in their sector, which gets you out of the ‘no job, no experience, no job’ trap. You don’t need prior experience because franchisors offer the training and support to start and run your business.

• You don’t need an upper second or a first to stand a chance of getting on board, unlike many employers’ graduate schemes.

A degree in business, accountancy or some other subject relevant to a franchisor’s sector may help, but other subjects are fine.

Rather than a degree, franchisors look for people who are enthusiastic about their business sector, are willing to learn new skills and work hard.

A CV with evidence of delivering high-quality customer service, working under pressure, managing your time, teamwork, sales and problem solving, gained in the workplace, will help convince franchisors you have skills to be a franchisee.

• You may already know more about franchising than you think. Many students have worked in franchised businesses, perhaps delivering pizzas, providing domiciliary care or serving in a fast-food restaurant.

If your current or past employer is a franchised business, ask your boss about how the model works.

• The number of graduate jobs dropped by 12 per cent in 2020, with the majority of employers anticipating further decline next year, according to the Institute of Student Employers.

• In 2020, employers received 14 per cent more applications for graduate roles and nine per cent more for internships and placements.

The British Franchise Association and Lloyds Bank created the Leaders of Tomorrow guide to highlight to younger people the possibility of careers in franchising.

“Starting as a franchise frontline worker is a well-trodden path to becoming a franchisee,” says Simon Mills of franchise consultancy Franchise Focus, who also recruits franchisees for clients such as the Christies Care home care franchise.

“Many super-successful franchisees in all sectors started out working on the franchise frontline,” Simon says.

“Experience working for a franchise will give you the edge when you apply to become a franchisee, either with the same franchise or another.

“One of the things Christies looks for in prospective franchisees is care sector experience.

“Working in a franchise means you learn how the franchise model works and what life is like for the employees, which helps make you a good team leader when you become a franchisee.

“As an employee, you learn about finding and retaining customers and the importance of marketing and teamwork - good transferable skills that you should highlight on your CV.”

• Family borrowing. A formal legal agreement prevents arguments and proves to franchisors and other potential investors you have sufficient funds.

• Banks and other lenders generally prefer to lend for franchises than for independent start-ups. Franchisors can introduce you to potential lenders. Also, look at the Start Up Loans Company and the Prince’s Trust.

Connor Thorne always knew he wanted to work for himself. “I chose to take a degree in business management with that in mind,” he says.

After graduating in 2018, he set up in business with his dad Steve, who owned an exhibitions company. “We decided the franchise model offered better prospects than going it alone and chose the Anytime Fitness franchise,” Connor says.

Now 26, he and Steve have opened two Anytime Fitness health clubs on the south coast and are now on track to achieve five in their first five years.

Connor, just back from St Helier, Jersey, where he oversaw the opening of their third club, says: “My degree has helped a lot. I learned about profit and loss accounting, cash flows, interviews and the franchise route and I did a sandwich year with a pharma company that gave me hands-on business experience.”

Connor and Steve were both interested in fitness franchises.

“We didn’t want a business that was just about sitting in an office,” Connor says. “With a fitness business, you get the reward of having a positive impact on members’ lives.”

Anytime Fitness has provided the support they needed to get up and running fast.

“The connections we’ve had through Anytime Fitness, the models we used at the beginning, the designing, the recommendations of kit and the professional marketing are all priceless,” Connor says.

“Before you open, you get a checklist of everything you need, including licences, health and safety certificates, insurance and legal arrangements. We’d have been lost without that level of support.”

He advises students and graduates: “Don’t overlook the franchise career option. It can be a great way to start a business, especially if it’s your first one.

“It means you can get your business underway faster and I think it’s a more reliable route than setting up independently.”

“I still feel part of a team, as I did in teaching”

You don’t need a business degree to start a franchise.
Geology and geography graduate Rachel Stamper got a PGCE to qualify as a teacher and taught primary children for seven years before starting her own tutoring business as a MagiKats franchisee.

Rachel, from Coventry, says: “I was researching starting my own tutoring business when I discovered there were various tutoring franchises. I investigated and found MagiKats suited my values.”

She opened her franchise in 2019, providing maths, English and reasoning tuition to children.

After moving online for lockdown, she resumed face-to-face sessions, in a local church hall, in April.

“I do some tuition myself and employ four other tutors,” Rachel says.

“My degree and work as a teacher have been key, but the franchise gave me the skills and support I needed to start my own business.

“As part of a franchise, I can talk to the franchisor and other franchisees in the network, so I still feel part of a team, as I did in teaching.”

Fellow economics graduates Nihar Vithlani and Devin Gohil decided to start their own business by investing in a BabyBallers franchise.

Nihar, 24, says: “We both graduated in economics from Nottingham in 2017 and went into jobs in financial services.

“When we felt ready to start our own business as a side hustle, we chose the franchise route as we had not owned a business before.”

They chose BabyBallers, the franchise that involves running football and movement skills sessions for toddlers.

Devin, 25, says: “We both love football, had played in Sunday leagues and used to hold mini-coaching sessions with friends.”

“Having an existing, proven business model means you can set up faster and more easily and focus on growth sooner.

“In the future, we’ll recruit coaches to take sessions, but we will always do some of the coaching ourselves because we love it.”

Nihar and Devin funded the franchise from their savings and the first classes started in Ruislip in May.

Devin adds: “A franchise is an easier way for graduates to start a business than setting up independently, especially if you want to run it alongside a day job.

“However, ensure you’re passionate about it because it’s easier to keep pushing the business along if you’re genuinely interested.”

“You bring the energy and drive to succeed”

Pharmacy graduate Trisha Mehan (pictured) qualified as a pharmacist in 2018 and works for a drug company as a clinical trials pharmacist.

Trisha, 26, says: “My mum, Preeti, and I had discussed opening a social care business because she was studying social care and I had seen so many people trapped in hospital because of a lack of social care.

“When we researched it, we found that a franchise would give us the structure, policies and regulatory help required, so we could add our dedication, qualifications and experience.”

Trisha and Preeti became co-franchisees and launched in June 2020. Trisha contributed to the investment from her savings, alongside other family members.

“A franchise is a good way to launch a business when you’re young. The franchise provides the foundation and offers support from the franchisor and other franchisees and you bring the energy and drive to succeed.”