Close
Did you know?
Wimpy International Ltd has outlets available across the UK 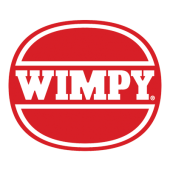 In 1936 Wimpy Restaurants Group LTD franchise opened its first official location in Chicago and within the following decade was reported to be serving over 8 million hamburgers a year from its original unit, and 25 others spread across five additional US cities.

Some 20 years after Wimpy Restaurants Group LTD franchise was created in Bloomington, the owner of the popular burger chain, Mr Gold, chose to sell a license to J.Lyons and Co to use the name Wimpy in the UK and the first Wimpy restaurant opened in Lyons Corner House in London in 1954.

The two companies merged together eventually in 1957 to form Wimpy International Inc. The company was then fully sold to Lyons in the 1970’s and global franchising was controlled by J.Lyons until Wimpy UK became part of Famous Brands, a South African company in 2007.

Eventually Famous Brands took over all worldwide franchising for the company and there are currently licenses for Wimpy franchises across 34 countries.

One of the original burger restaurants, Wimpy Restaurants Group LTD Franchise serves an attractive fast food menu featuring dishes relevant and desirable to the franchise country, such as fish and chips, or full English breakfasts in the UK. One iconic Wimpy dish has even been on the menu for 40 years. The Wimpy Bender, which is a circular pork sausage (available on the breakfast, or as part of a sausage bun), seasoned with ginger and pepper, is a Wimpy institution and remains a solid favourite amongst diners.

The classic Wimpy burgers however, are still at the heart of the fast food chains culinary draw. The burgers are made from 99 per cent British Beef and 1 per cent seasoning and can be enjoyed in single, double or quarter pounder form with a wide selection of different toppings such as wimpy mayo, griddled mushrooms, cheese, special sauce or onion rings.

You can even enjoy a brown oat topped bun, as one of Wimpy’s differentiating menu features. You even have the choice to opt for a vegetarian burger (bean or Quorn) to avoid meat altogether, which is yet another way Wimpy extends its menus to cater for current markets. Wimpy was impressively the first to market with vegetarian options and using vegetable oil so that the menu could be inclusive.

When it comes to expansion, Wimpy franchises have recently started moving into the chicken market, particularly in Ireland offering counter service areas in Roadchefs called Wimpy Chicken. Various countries have also seen the brands look remain fresh and relevant, with the South African selection of outlets recent visual transformation being named ‘Braveheart Grey’. In the UK, Wimpy has even expanded into the delivery market and half of all UK Wimpy outlets offer home delivery.

The popular group currently hold over 1,000 branches globally and thanks to extensive efforts in marketing and reinvention, the brand continues to open new restaurants successfully.

How does a Wimpy Restaurants Group LTD franchise work?

Wimpy has developed in size through franchising and has only ever held less than ten outlets itself. You can currently find Wimpy operations in compact kiosks, Express counter- service setups and full restaurant table-service as per the first original Wimpy in Chicago.

A Wimpy franchise enables you to open your own Wimpy restaurant, offering everything the trusted brand brings to consumers including; affordable meals, exceptional quality service and attention to detail that keeps customers wanting to return time and time again.

Wimpy expects you to have prior managerial experience, great communication, business sense and the financial backing to support the franchise. The prerequisites for the table restaurant are that it has 1,200 square feet of ground floor space, and express setups must have 500 square feet of space.

Did you know?
Wimpy International Ltd has outlets available across the UK

In return for becoming a Wimpy franchisee you are able to attend a two-week long skills course from their chosen training vendor, Academy Training Store.

Following the course completion you will have exceptional support in all areas of the business, including regular visits from the district manager who is assigned to you. Ensuring Wimpy stands out even more for exceptional services to its franchisees, you are able to raise any important issues you feel need to be heard at the Wimpy National Franchise Council meetings.

How much does a Wimpy franchise cost?

Where can you find a Wimpy franchise application form?

How can I find a Wimpy franchise for sale?

Why choose a Wimpy Restaurants Group LTD franchise instead of other fast food franchises?

A quick service restaurant can be a fantastic earner, but it can cost a lot of money to set up. One leading QSR competitor charges up to £800,000 to a franchise purchase and then an additional £30,000 franchise setup fee. If you compare Wimpy setup costs to the costs of a leading competitor, Wimpy is much more accessible. You get to work with a trustworthy brand with decades of experience, and highly esteemed training and support, but at a fraction of the price.

What are the expectations of a Wimpy franchisee after the franchise is purchased?

Current expectations based on the information from Famous Brands headquarters suggest that Wimpy expects 7 per cent of earnings for management fees and 5 per cent for marketing fees, although these may differ in the country where you’re looking to invest in a Wimpy Restaurants Group LTD franchise.

How can I find out about expected profits in the first two years of my Wimpy franchise opening?

When you contact Wimpy for information about purchasing a franchise, they should be able to provide you with regional information relevant to the location you intend to open in.

Expected profits are based on regional differences, how many Wimpy franchises are local to you and other factors to be discussed upon your enquiry.

How can I find a Wimpy franchise for sale?

When you apply to Wimpy for more information they will provide as much help as possible when it comes to helping you find an existing Wimpy franchise for sale, or a building suitable for setup. In 2017 there was a high amount of press surrounding Wimpy’s announcement of a huge expansion, including their desire to attract a high number of franchisees. Their interest in encouraging new franchisees to choose the Wimpy brand ahead of competitors to aid in expansion should provide reassurance that the maximum help and assistance will be provided, to make the process of creating a successful outlet as convenient as possible.