Meet the franchisees under 30… 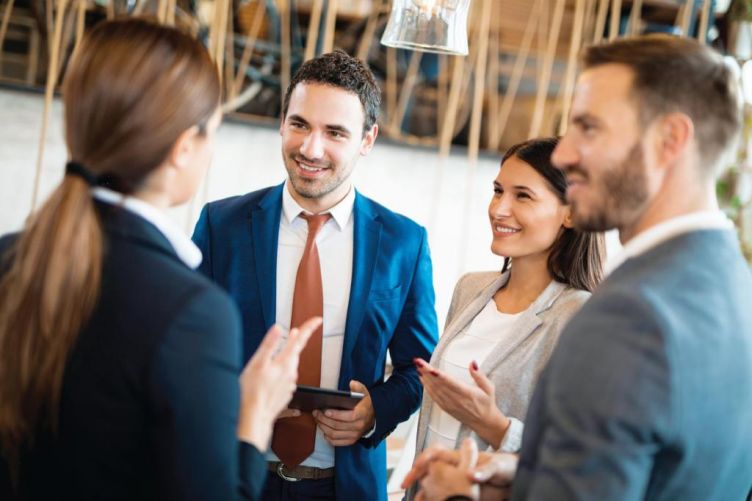 Faced with a tough employment market, young people are considering making their own jobs by setting up in business for themselves and the franchise route solves many of the problems they face, such as lack of business experience and difficulty raising funds.

Hannah Drury, the current bfa/HSBC Young Franchisee of the Year, says that franchising can present career opportunities that can be hard to find for today’s young people.

Hannah, 25, the Caremark care service franchisee, who is also overall Franchisee of the Year, says: “Young people have it difficult these days, with even graduates struggling to find work.”

Hannah joined Caremark Sutton, in Surrey, in 2014 to support the previous owner, her stepfather, during ill health. When he died in October 2015, Hannah took over the business full-time.

Since then, she has increased turnover and profits by over 70 per cent and runs a team of 50 staff, while also bringing up two children, taking an Open University psychology degree and working with charities.

Hannah says: “I’d highly recommend franchising as a career opportunity for young people, but many of them still do not realise it’s an option.”

That may change soon. Franchisors are increasingly targeting young people, especially graduates, in their recruitment advertising.

Worldwide express courier service provider InXpress has launched a ‘Young Guns’ franchise package in the UK aimed at graduates with business degrees, following its success in America and Australia.

InXpress global CEO Mark Taylor can relate to the issues young people face. He says: “When I was 20 and about to graduate, I was thinking about what I was going to do. I didn’t want to work for some corporate organisation, becoming a slave to the 9-5 for someone else’s benefit.

“I was introduced to franchising as a way to make the most of my life, while making a difference in others. This is what we offer graduates through the Young Guns programme.”

Graduates who pass suitability screening are offered three months paid work with an existing franchisee, so they can learn the business from the inside and then, if they continue to meet the InXpress criteria, are offered a franchise at half the normal price.

From employee to franchisee

As franchises grow, more young franchise employees are finding out about franchising from the inside. Some go on to become franchisees themselves.

Marc Squires and Kevin Masheder were employees of Signarama in Harrogate until they bought the signs and visual communications centre when the former franchisee retired in 2015.

Marc says: “I had been working here since I left university. Kev and I work well together and it made sense for us to pool our resources to buy the company.”

The business support team at Signarama UK helped Marc and Kevin, both design graduates, to transition from workers to bosses, focusing on finance, management and marketing skills.

Kevin says: “The business advice and support of Signarama helped tremendously and we learned a lot from the training. They helped with putting together a business plan and raising the finance and we now have a business mentor to guide us in adapting to our new management roles.”

From customer to franchisee

For Lauren Kirkbride, a franchise influenced her career choice and eventually resulted in her becoming a franchisee. She joined the Razzamataz Theatre School in Carlisle as a student aged 11.

“My teachers inspired me to think about performing arts as a career,” Lauren says and she went on to gain a degree in dance studies at Liverpool University.

One of her initial jobs, as a dance teacher in overseas holiday resorts, came through Razzamataz. She went on to teach at Razzamataz Penrith followed by Razzamataz Carlisle, where she still teaches.

In September 2015, Lauren got the chance to take over the Razzamataz Penrith school.

“It was definitely challenging at the beginning, but I was ready for the next step in my career,” she explains. “It was a big jump and I knew it would require a different skill set, but I had just finished university and the time felt right.”

One of the benefits of franchising is that it can make up for the lack of business experience that may hamper younger people’s careers.

Lauren says: “In the beginning, learning the fundamentals of business and getting to understand the financial side was tricky, but I soon got to grips with it. It helped that I’m organised and I had a lot of support from the team at head office and the other franchisees.

“There are elements in business that I find challenging, but the training and resources on offer helped to keep me on track. If I’m unsure of anything, there’s always someone at head office I can speak to.”

Young people can face problems when it comes to borrowing money to set up in business, because lenders can be reluctant to offer funds to people with limited business experience.

However, banks are probably more likely to lend to young people setting up as franchisees, rather than as independent entrepreneurs.

Andrew Brattesani, head of franchising at HSBC, says: “If we are satisfied with the franchisor, there’s no reason why anyone they put forward as a potential franchisee should be at a disadvantage, whatever their age.

“If you’re setting up in business with a franchise that already has plenty of successful franchisees, we can get quantifiable information about the likelihood of getting back any loan we make.

“We know the system works, so it will work for young people as much as anyone else.”