The best coffee franchises in the UK 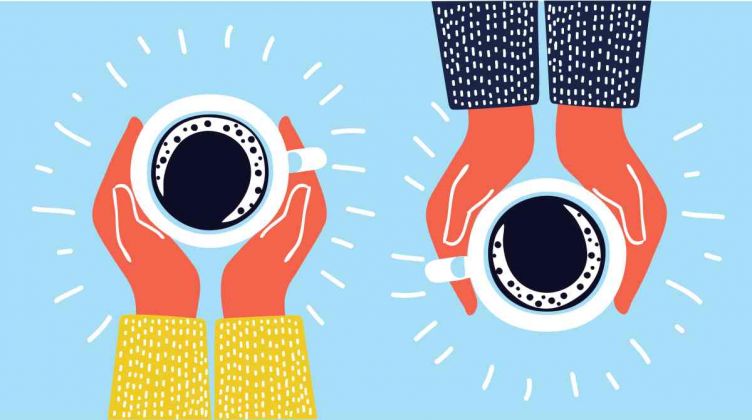 In 2018, coffee consumption by Brits soared to 95 million cups per day, an increase from 70 million just a decade ago.

That’s an increase of 25 million cups a day over the last ten years.

Based on these numbers alone, it’s safe to say a coffee franchise in the UK would be a profitable business worth starting.

Are you a traditional coffee shop connoisseur, or do you prefer a modern cafe? Keep reading for ideas, and you’ll soon be on your way to joining one of several coffee franchises in the UK.

The UK’s coffee industry
Nearly a third of all British people don’t buy coffee at all, but six per cent say they drink six or more cups of coffee a day.

While some people prefer to drink their coffee at home, 80 per cent of consumers buy coffee from a coffee shop at least once a week. 16 per cent travel to a local cafe daily. Signs of the £10bn coffee shop sector slowing down don’t seem to exist — the industry has been steadily growing for over 20 years.

More and more coffee-drinkers are opting to drink freshly-ground coffee at their local cafe rather than at a pub or home. This data makes the coffee shop industry a solid choice for new and seasoned entrepreneurs alike.

Let’s talk about the best coffee franchise opportunities the UK has to offer, as well as a few favourites that aren’t currently available (but could be in the future).

Best coffee franchises to consider in the UK
As the coffee shop sector is on the rise, entrepreneurs are taking advantage of any gaps in the market.

Luckily, there are a variety of starter models in the coffee sector to explore. Next, we’ll take a look at a variety of business models, including kiosks and mobile franchises, as well as traditional coffee shops.

Dunkin’ Donuts
If you’re looking to open a small, kiosk-style coffee franchise, consider Dunkin’ Donuts, a popular US-based coffee business. It was founded in 1950 and has been franchising since 1955.

There are over 12,000 Dunkin’ Donuts franchise units spread over 31 countries that serve more than five million customers a day — with an average of 30 cups of coffee per second.

Dunkin’ Donuts entrepreneurs are expected to mean business. You must be prepared to open at least 20 outlets within a given time frame. This is a famed brand, so you’ll need at least £3 million to invest.

Once you get set up, though, you’ll benefit from high brand awareness and an existing customer base. It’s safe to say that you’ll have plenty of customers ready to order coffee and dunk their doughnuts, wherever you set up shop.

Dunkin’ strives to provide resources to ensure that all franchise units are in line and profitable.

Start your own Dunkin’ Donuts franchise

Send a free enquiry to Dunkin’ Donuts for further information!

Starbucks
You can also open another American favourite franchise – Starbucks.

Starbucks was founded in Seattle, Washington in 1971 and began franchising six years later, in 1977.

There are currently over 28,000 Starbucks franchise units in the world. Due to the popularity of the franchise, it’s hard — almost impossible — to open a store as a franchise in the US or Canada. However, in other countries, such as the UK, there’s a possibility.

Starbucks takes excellent care of franchisees and employees. The company is known for offering top-notch health insurance and other employee benefits.

Start your own Starbucks Coffee franchise

Send a free enquiry to Starbucks Coffee for further information!

Their unique mobile cafes have a variety of food and drink options, including smoothies, frappes, and hot and cold food.

When you franchise with Really Awesome Coffee, you’ll get a converted mobile coffee van designed with the driver (and barista) in mind.

If you’re interested in Really Awesome Coffee, prepare to make an initial investment of £69,000.

Because of the success of this business, after two years, you can expect excellent revenue, between £80,000 and £100,000. Plus, you’ll have access to Really Awesome Coffee’s training programme, which includes two weeks at their Coventry training centre.

After that, the company makes sure you’re on the right path by providing ongoing support through regular visits from development managers.

Krispy Kreme
Krispy Kreme Doughnuts, Inc. was founded in the US in 1937. The company began to franchise 10 years later and currently has over 1,000 units.

Krispy Kreme is a branded retailer and wholesaler of doughnuts, coffee, and other speciality beverages, treats, and packaged sweets.

If you’re hoping to franchise in the UK, you may be disappointed to hear that Krispy Kreme UK is its sole franchise. At this time, their agreement does not allow sub-franchising in the UK.

Krispy Kreme is open to franchising in other European countries, however, as well as countries such as South Africa, Nigeria, China, and Brazil.

Cafe2U
Founded in 2004, Cafe2U is the world’s largest mobile and espresso coffee franchise. Currently, it’s the fourth-largest coffee business in the UK.

Currently, there are over 180 Cafe2U franchisees. They sell espresso-based coffee, hot chocolate, and other sweet treats directly to the consumer at places of work, business parks, industrial areas, events, and more.

Each franchisee gets a Mercedes-Benz Vito van with fully approved equipment compliant with all food, safety, and government regulations. This is a flexible franchise opportunity. You are free to adapt your working hours to fit in-step with your other work commitments.

To get started, you’ll need an £81,000 investment. You’ll receive a four-week training and support programme (the Acceleration Package) that provides franchisees with on-the-job training. You’ll also benefit from one-on-one time with a current franchise development manager.

To make the deal even sweeter, Cafe2U offers new franchisees an income guarantee for the first two weeks of business.

Esquires Coffee
Esquires Coffee is a typical coffee cafe, such as Starbucks and Caffe Nero. To be successful, you’ll need to secure retail space on a busy high street and hire additional staff who are ready to operate a fast-paced business.

This level of business can be a costly investment, but you’re likely to develop a lovely group of loyal customers who will regularly visit if you can pull it off.

Founded in Canada in 1993, Esquires is known for having high ethical standards. It came to the UK in 2000, and now there are more than 50 cafes in the UK and Ireland. When franchising with Esquires, you are joining a coffee shop franchise known for a community ethos.

To invest, you’ll need a cool £225,000. This initial investment will go towards agency fees, store design and installation, furniture, and equipment. You’ll receive excellent training as well as guidance for selecting and procuring store design, lease negotiation, and marketing services.

Costa Coffee
Founded in London in 1971 by the Costa family, Costa Coffee is a British franchise success story. It’s currently the UK’s fastest-growing coffee shop franchise, with over 3,400 shops in 31 countries and is the second-largest cafe chain in the world.

If you want in on the success of Costa Coffee, you’ll need a minimum personal investment of £250,000 for the initial £800,000 investment. The initial fee depends on the desired location, which will need to be included in a letter of intent.

Coffee-Bike
Coffee-Bike is precisely what it sounds like: a mobile coffee shop on wheels.

Coffee lovers throughout the UK can indulge in barista-quality hot beverages at unusual locations, thanks to the Coffee-Bike’s self-sufficiency. You’ll find Coffee-Bikes at the market, on the street corner, in a park, or at special events.

Wherever you are, the mobile coffee bar attracts attention. The company was founded in 2010 and now has over 200 franchises.

Coffee-Bike franchisees enjoy entrepreneurial freedom and can fall back on the experience and security of an established system. As a franchisee, you’ll never have to fulfil sales targets or limit yourself to specified opening hours.

Another bonus: the franchise fee is flexible, and only accrues for coffee specialities that are sold. Any additional beverages, such as tea, hot chocolate, and orange juice, do not accrue fees.

Starting a coffee franchise in the UK
If you’re an entrepreneur, opening one of these coffee franchises in the UK and running your own business has enormous potential. You’ll experience huge rewards — and trends show that the sector continues to grow.

As the owner of a cafe — whether it’s a traditional coffee shop or a mobile one— you’ll become an integral part of your community. You’ll build a loyal customer base who will visit your establishment for their favourite brewed beverages again and again.

Interested to see which coffee franchises are for sale? Check out our directory for a list of the best UK franchises in 2020.